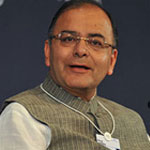 Finance Minister Arun Jaitley has proposed a slew of measures related to e-governance, launching of virtual class rooms and online courses besides a googly by adding a key part of the digital economy to service tax.

One move which was expected but did not materialise was announcement of FDI in e-commerce. The Budget allowed manufacturers with FDI to sell directly on e-com without prior approval. However, this does not mean much for the sector as it was already allowed but not too commonly used as it creates channel conflict with manufacturer's own distributors.

Here's a quick look at the proposals which affect the digital economy:

The sale of space or time for advertisements in broadcast media has been extended to cover segments like online and mobile advertising.

Commenting on how this could affect innovation in the space, Dippak Khurana, co-founder and CEO, Vserv.mobi, said, "It reflects differentiated treatment as traditional print media remains unaffected with respect to the tax purview but new digital media (which is actually driving innovation) will have to bear the brunt. Currently, India's exponential mobile penetration and app consumption patterns are driving the growth of the mobile advertising industry and this development could hamper innovation efforts of the entire ecosystem comprising mobile development startups, advertisers and publishers."

Others also point out that this was an unexpected move by the government and detrimental to the service industry, particularly startups.

"This will increase costs for startups and digital economy companies as a lot of services are leveraged by these companies. Similarly one-person companies or single individuals providing a service too are affected," said Vijay Shekhar Sharma, founder and CEO of One 97 Communications.

"On the other hand, the government has removed service tax for print and that's like promoting old world media over new world economy options. We would have loved to have a more future focused policy regarding this particular aspect of the budget," he added.

The e-commerce companies in particular and startups in general have been some of the biggest users of the digital advertisements. They've found the move a dampener for their growth.

But some like Manu Agarwal, founder & CEO Naaptol.com, feel that the rise in costs may not pinch as much. "This is because the rates of the online advertisement space are very less compared with outdoor or print, yet they have a massive reach," he said.

Raghav Kansal, founder and CEO, ET Medialabs, said, "The move shows that the government is recognising the industry and its share in the market. This shall lend credibility to the industry and is a clear indicator of future trends. However, this can be a deterrent for startups as their entire marketing budget is allocated to online advertising and for them, every penny counts."

Preetesh Chouhan, vice president -APAC of video advertising company Vdopia Inc., added, "Our numbers show that we are witnessing an amazing organic growth of both online and mobile audiences and this is not going to change. So my opinion is that tax levied will not affect how brands are allocating spends on digital media. In fact, it could be a good opportunity to see if we have made the final transition from niche to mainstream advertising."

At the same time, service provided by radio-taxis has been brought under the service tax ambit. This would push up the tariffs to be charged by online radio cab firms. Whether they would pass this on to the consumer or absorb through cut in margins is to be seen.

Nothing fancy as broadband to rural areas has been talked about for years and is a work in progress. This scheme is aimed at providing high-speed broadband network in villages and promoting local manufacturing of hardware and Indian software products. The government has also earmarked Rs 500 crore for the same.

The government had previously proposed introducing of e-visas at nine airports and the FM reiterated the plan to implement it in the next six months to attract more tourists. This essentially would allow foreign tourists to get visa to visit India through an online application. The new process would create e-governance business opportunity.

The government is also planning to set up virtual classrooms and online courses for school education, and has allocated Rs 100 crore for this initiative.

Jay Pullur, CEO, Pramati Technologies, said, "Software products can significantly transform the way education is imparted at the rural level and across the masses of India. The special mention (in Budget) is clearly an indication of the government's resolve to bridge the divide between the haves and the have nots."