Rocket-Internet backed printing solutions startup PrintVenue, which is operated by Axel Retail Pvt Ltd, has raised $4.5 million in its Series B round of funding from Asia Pacific Internet Group (APACIG), a joint-venture between Rocket Internet and Qatar-based telecom player Ooredoo.

"The funds will be used for expanding into West Asian and Southeast Asian countries," said the company in an emailed response.

The Gurgaon-based company was set up in July 2012 by Saurabh Kochhar (MD). It offers a suite of customised printing services for both businesses and personal requirements, cutting across categories like business cards, crystal photo frames, t-shirts, mobile skins, and so on. Besides India, it operates in Singapore and Australia. Kochhar has an MBA degree from IIM, Calcutta. 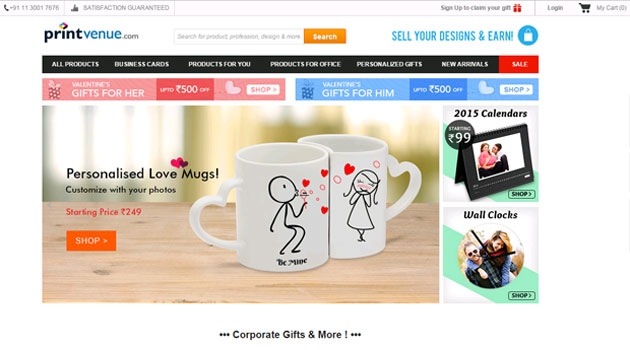 According to the firm, it's B2B and B2C segments contribute equally to its revenue. Last year, the company had told Techcircle.in that it had crossed five lakh orders. It also claimed to be growing at a rate of around 15 per cent month-on-month.

APACIG was established in 2014 by Koen Thijssen and Kiren Tanna. Before joining Rocket Internet as MD, Koen worked as an investment banker focused on Benelux M&A for Lehman Brothers, and more recently Deutsche Bank. Tanna has an MBA degree from IIM, Calcutta, and before joining APACIG, he was founder and CEO of Foodpanda.com.

It deals in e-commerce ventures in Asian markets. The venture has invested in 11 startups so far, including names like Pakistan's hotel booking site Jovago.com; Berlin's household services help provider Helpling; and Myanmar's online job board and online recruiting siteWork.com.com, among others.