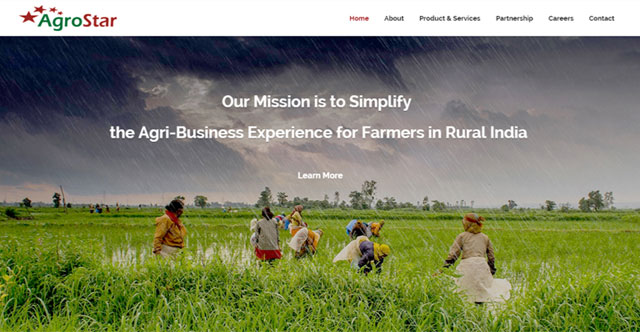 Run by Ulink BioEnergy Pvt Ltd, AgroStar will use the money to expand operations to four more states in addition to strengthening its technology and leadership teams, as per a press statement.

"It is just the beginning of what an agricultural m-commerce platform can achieve, in a mobile-first nation. Their success in Gujarat is a testimony and validity of the idea, and we look forward to AgroStar replicating this change nationally," said TC Meenakshisundaram, founder and managing director of IDG Ventures.

"Having funded many vertical e-commerce leaders in early stage, we believe AgroStar has the potential to be the disruptor and the leader in the Agricultural m-commerce vertical with a $200 billion market opportunity," Meenakshisundaram added.

AgroStar has built a "direct to farmer" m-commerce platform through which farmers can procure agri-inputs needed for their farms by giving a missed call on the company's 1800 number. It has tie-ups with vendors for seeds, crop nutrition, crop rotation and agri-hardware products.

The startup was founded in 2013 by brothers Shardul and Sitanshu Sheth, who were earlier manufactures/ distributors of organic fertilisers and plant nutrients. Shardul is an alumnus of Rochester Institute of Technology and has earlier worked with BestBuy and PricewaterhouseCoopers. Sitanshu worked with KPMG before setting up AgroStar.

IDG Ventures India, a venture capital fund, is part of IDG Ventures, a global network of technology venture funds with over $6 billion under management and over 220 investee companies. It recently put money in location-based casual dating app iCrushiFlush, which is owned and operated by Mumbai-based Living Consumer Products Pvt. Ltd.