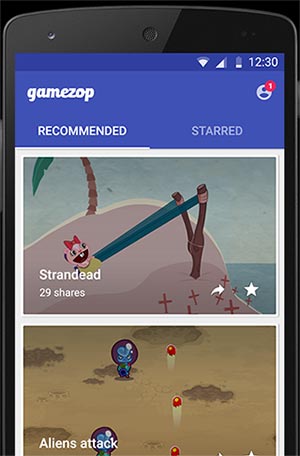 The funds will be used to invest in technology, distribution alliances and talent recruitment.

Last month, Techcircle.in had reported that Anand Chandrasekaran had invested an undisclosed sum in Gamezop

"Popular forms of digital entertainment such as music or videos already have platforms that serve as one-stop destinations. However, in gaming one only hears about individual titles. We are building a platform to make gaming reach the inflection point that the others have already witnessed," said Gaurav Agarwal, CEO of Gamezop.

Agarwal said at 135 per cent CAGR, India is one of the world's fastest growing mobile gaming markets and is projected to grow to $600 million by 2016. However, it is still untapped by global standards.

Founded by brothers Gaurav Agarwal and Yashash Agarwal in April 2015, Gamezop is a mobile app-based social network for casual games. Each user will be given a handful of new games each week, which can be played without downloading.

In May 2015, Gamezop was one of the eight startups shortlisted by GSF Accelerator—launched by former Reliance Entertainment president and GSF Superangels founder Rajesh Sawhney—for its mobile accelerator programme.

Casual games refer to those which can be played on the go and do not need a lot of instructions. The idea is to make gaming experience less complex.

Gamezop's offerings are based on HTML 5 platform, which means they are both platform as well as device agnostic. Currently, Gamezop is available only on Android.

India-based gaming startups have elicited a lot of investor interest in recent times.