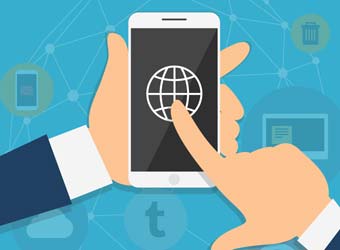 Mobile operators' body COAI has requested DoT to take proactive steps to stop calls through apps, like the one recently planned by state-owed BSNL, saying they are against rules.

In a letter to Telecom Secretary JS Deepak, it has said that connecting Internet calls with networks using numbers assigned for mobile or landline phones violated current interconnection rules and causes loss to terminating operator and exchequer.

"We, therefore, request DoT to kindly take proactive steps to prevent such illegal routing and strongly suggest that DoT must direct all respective licencees to not terminate Internet Telephony calls by misusing the interconnecting links," COAI Director General Rajan S Mathews said in the letter.

Reliance Jio Infocomm is also member of COAI but the industry body said that "Reliance Jio has a divergent view on the matter".

The FMC facility of BSNL allows users to use landline service on their mobile phones like making and receiving calls and vice-versa.

It even has provision to allow BSNL customers to activate their FMC application on mobile phone using wifi or any other data connection and then use their landline facility to make calls even if they are abroad.

BSNL has withheld this facility and is awaiting clarification on the same from the Telecom Regulatory Authority of India after COAI complained about it.

COAI said that as per licence condition, telecom operators are required to adhere to National Numbering Plan for providing telephone services and it has provision for fixed as well as mobile phones.

The interconnection of Internet Telephony with mobile and landline phones is a new provision made in the Unified Licence and hence the number series for it is not yet defined in NNP, COAI said.

It further said that 'internet telephony' is different from mobile and fixed line services and suitable provision is required to be made in NNP.