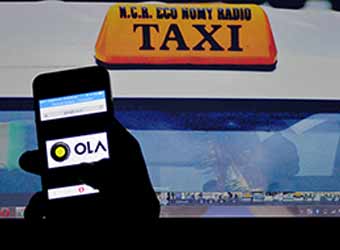 Suggesting a stricter regulatory regime for app-based taxi aggregators like Ola and Uber, a high-level government-appointed panel today recommended capping of their fares.

After the two-day meeting at Dharamsala in Himachal Pradesh, the group of ministers also said that such taxis may be permitted but they have to aggregate only those taxis which have legally valid permits.

Taxi aggregators have often faced criticism for excessive charging of fares during peak hours in the name of surge pricing.

The ministers' panel also recommended steps like reserving "at least 20 per cent space in public parking lots for taxis" for improving parking facilities and other public transport vehicles in the cities besides promoting low-cost last mile connectivity solutions that include allowing e-rickshaws and two wheeler taxis "as they are safe and low cost solutions" for the passengers.

The panel, headed by Rajasthan Transport Minister Yunoos Khan, also suggested allowing "seat sharing in taxis & auto rickshaws" besides strengthening rural transportation that include launch of scheme by the Centre for rural transport vehicles and permits to them.

The Centre has formed the panel for framing stricter traffic and road safety rules under the new road safety bill with a view to check road accidents which claim over 1 lakh lives every year in the country.

The panel has unanimously agreed to framing steeper penalties that include imprisonment for offences like driving by minors, crossing speed limits, drunk driving, talking over phone while driving and jumping traffic lights.

The final recommendations of the panel are expected to be in place later this month.