As investors turn their focus on unit economics and profitability, funding for tech startups and consumer Internet companies has tightened. This has not only resulted in a number of shutdowns in the segment but has also pushed companies to strike merger and acquisition deals.

Fashion e-commerce aggregator Voonik, for instance, acquired three startups in June 2016 alone. And there is little doubt that the sector will see more M&A deals in coming months and years.

As the two news reports indicated, India's e-commerce sector could be heading toward major consolidation. For now, take a look at some of the biggest deals that have happened in India's e-commerce and the broader Internet segment. 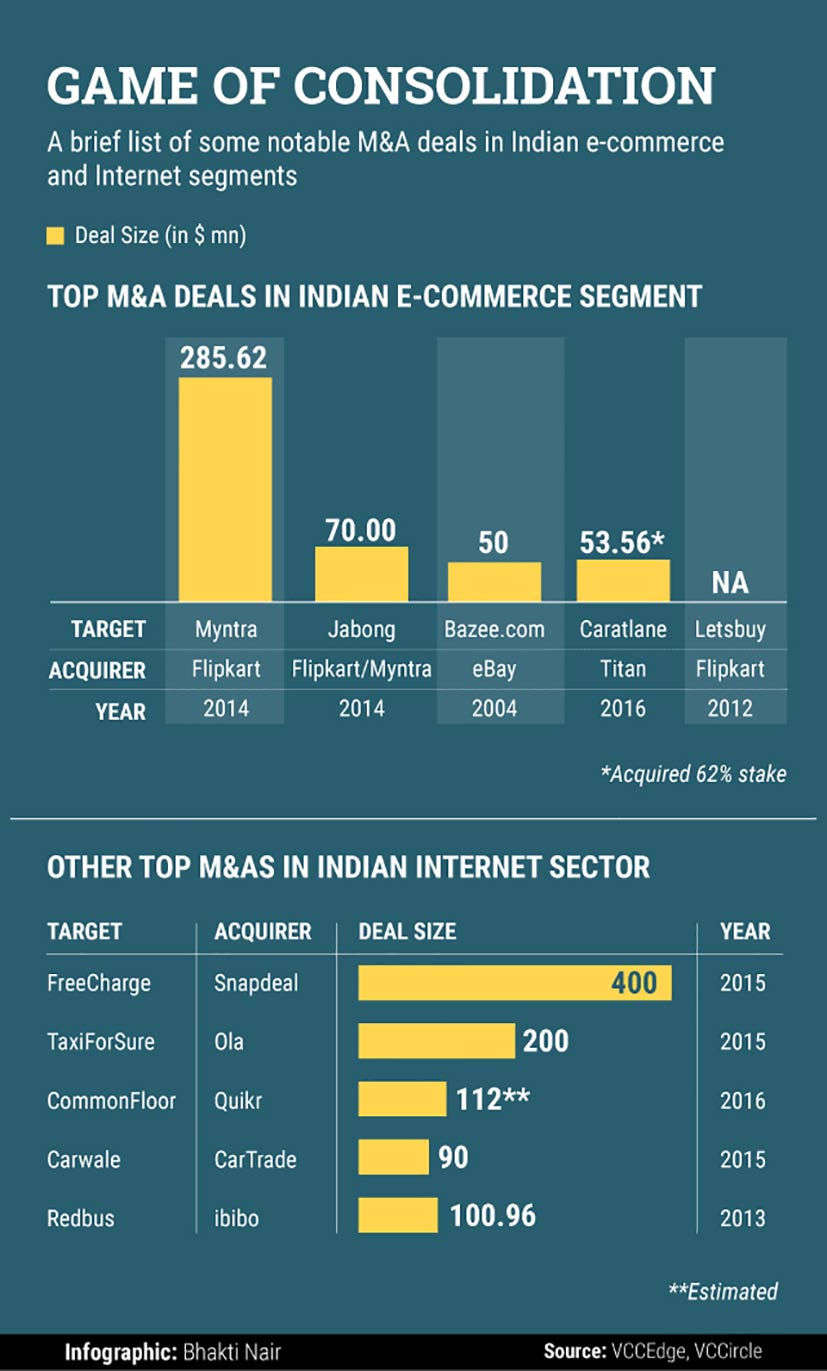