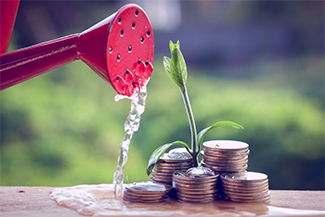 The startup will use the funds to develop new games, develop its team and on marketing campaigns, according to media reports on Tuesday. The startup currently has about 22 employees and expects to increase the number to 50 by end-2017.

In 2014, PlaySimple had raised seed funding from IDG Ventures with participation from Yezdi Lashkari, an angel investor and former general manager at Zynga, an American provider of social video game services.

PlaySimple was founded in July 2014 by former Zynga executives Siddharth Jain, Preeti Reddy and Suraj Nalin. At Zynga, the founders were a part of the team that developed popular games such as Farmville, Mafia Wars and Bubble Safari, among others

The startup develops games such as word and puzzle games aimed at all age groups.

"Gaming is a huge market internationally and a very competitive one. We have known the PlaySimple team for over a year and have been amazed by the growth they have got in a very short period of time," said Mayank Khanduja, principal at SAIF Partners, according to The Economic Times.

Mobile game downloads in India are expected to grow at a CAGR of 58% over the next 5 years going from 1.6 billion downloads in 2016 to about 5.3 billion downloads in 2020, according to a report 'Mobile Gaming on the Rise in India' by NASSCOM Gaming Forum and San Francisco analyst firm App Annie. This uptake has been attributed to the growing adoption of games, the rapid proliferation of smartphones, affordable data and universal implementation of direct carrier billing, the report stated. App store revenue from games grew 80% between Q2 2014 and Q2 2016.

The traditional and largest business model in the Indian gaming industry is subscription services or value-added services via mobile phones. The other model is through ads and in-app purchases. While in-app purchases are yet to pick up in India, the ad model dominates in the freemium space and subscription is popular with consumers at the bottom of the pyramid, Nazara chief executive Manish Agarwal told Techcircle in an interaction earlier this year.