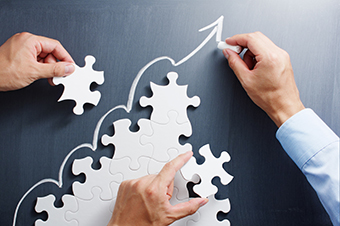 Angel investor and former Facebook general counsel Rudy Gadre and a few serial entrepreneurs in the US also put money in this round, founder and CEO Jagmeet Lamba said.

The company enables faster vendor onboarding with configurable workflows, automating risk and compliance via integrations with business data sources, and vendor discovery and competition via searchable knowledge base.

The company was founded by Lamba and Owais Lone three years ago. Lamba had previously founded a startup that was backed by Microsoft and Techstars, an accelerator. An alumnus of the University of Pennsylvania, Lamba has also worked as a consultant with McKinsey & Co.

"We are now live at three Fortune 500 firms who have suppliers in over 80 countries," said Lamba.

A spokesperson for Kae Capital said the started is partnering with marquee clients, which include a top-tier global consulting firm, a leading global taxi services firm and a Fortune 1,000 financial technology firm.

Kae Capital, which is led by Sasha Mirchandani, is a sector-agnostic fund. It recently invested $650,000 in Gurgaon-based Paradime Technologies Pvt. Ltd, which runs cash-flow management startup numberz.in, along with Khosla Impact.

Kae Capital, which recently raised its second fund, invested in more than 25 startups from its first fund. Its portfolio includes firms such as online fashion portal Myntra, which was acquired by Flipkart two years ago; HealthKart, an online portal for dietary supplements and health devices; and US-based data analytics company Fractal Analytics.