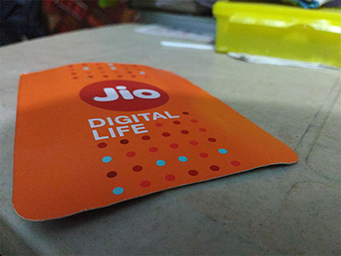 The low-cost handsets, to be launched under Jio's LYF brand this quarter, will be priced at Rs 999 and Rs 1,500, a report in The Economic Times, citing analysts, said.

The handset will come bundled with Jio apps such as Jio Chat, Live TV and video-on-demand, along with Jio Money Wallet, the report added. It will also have all basic features such as rear and front cameras.

Smartphone shipments in India grew 11% to 32.3 million in the July-September quarter versus the year-ago period, driven by festive season and online sales, research firm IDC said.

Reliance had launched its 4G services in September last year. This saw the demand for smartphones compatible with the voice-over-LTE (VoLTE) technology surge in the country, a report by market research firm Counterpoint Technology said. VoLTE technology allows customers to use data and voice simultaneously.

Jio is the only 100% VoLTE-enabled network in the country.

Jio is an IP-based 4G network while others, such as Airtel, Vodafone, Idea and government-owned BSNL and MTNL, run on a circuit-switched fallback (CSFB) network. CSFB delivers voice and SMS services to LTE devices through a GSM or another circuit-switched network.