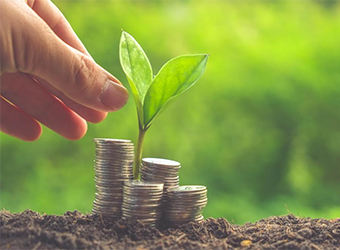 A co-founder of travel portal Travelyaari and a former executive at venture capital firm Ventureast are set to launch a seed fund to invest in tech startups, people aware of the matter said.

The domestic fund to be floated by Arjun Rao, who quit Travelyaari in 2015, and Vishesh Rajaram will have initial capital of $15 million (around Rs 100 crore), the people said, asking not to be named. The fund will make seed investments of Rs 1-2 crore ticket size, they said.

The people said also that the seed fund has received funding commitments for almost the entire amount and that the fund will be formally launched in March when one or two deals maybe announced.

When contacted, Rao said: "Paper work is still going on. We will announce when we are ready." He declined to give any details.

Regulatory filings show that the fund was incorporated as Speciale Incept Advisors LLP with the Registrar of Companies in December with its registered address in Chennai and Rajaram and Rao as partners.

Rao and Rajaram join a number of startup investors who have either raised capital over the past few months or are in the process of doing so to look for investment opportunities.

Investors had tightened their purse strings last year following a frenzied pace of startup investment in 2015 but existing and new VC firms launched 36 new funds in the first 10 months of 2016 to raise as much as $3.6 billion, Techcircle reported late last year.

Rao had co-founded Travelyaari along with Aurvind Lama, Prateek Nigam and Parthasarathi Sinha in 2010. The online travel booking platform, incorporated as Mantis Technologies Pvt Ltd, raised about $12 million in three rounds. Rao left Travelyaari in 2015 but remains a shareholder.

Rajaram, former principal at Ventureast, worked with the VC firm for nine years from 2007 and was involved in some of its startup investments. He had previously worked with ICICI Bank and PricewaterhouseCoopers.