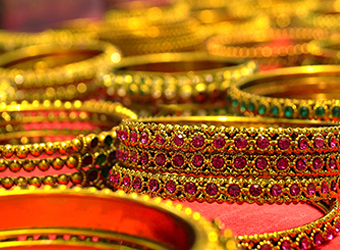 The company will invest the capital to work on its omni-channel strategy that would start with the launch of its first brick-and-mortar store in Bangalore's VR mall by the end of February, co-founder and CEO Ankit Banthia told VCCircle. He didn't disclose the names of the investors.

Johari Shop, owned and operated by JewelClick Online Pvt. Ltd, wants to expand its physical retail presence to two more citiesâ€“Mumbai and Delhiâ€“and plans to open 11 such stores over the course of next one year.

Johari Shop offers about 75 brands and claims it has monthly gross merchandise value (GMV) of about Rs 60-70 lakh.

Banthia said Johari Shop is different from other online jewellery companies. "While they operate with high margins but offer fewer designs, we take a commission for every purchase and offer a wide range of brands as we are a pure marketplace," he said.

Also, Johari Shop operates stores on a "shared-economy" model with the jewellery brands it features. "Therefore, scaling up would not be a concern for us," Banthia said.

The online jewellery segment has attracted a lot of investor interest over the past couple of years. The two leaders in the segment are Caratlane and Bluestone. The race for supremacy has tightened with the gap in revenue of the top two players halving in the last financial year. Caratlane posted a 9.5% increase in net sales to Rs 131.8 crore for 2015-16 while Bluestone.com reported a 72% rise in net sales to Rs 100.4 crore.

A number of other jewellery marketplaces have emerged in the last couple of years and some of them have attracted venture capital investments as well.

The latest to get funding was VivoCarat.com, which raised $50,000 in seed funding from a group of individual investors in December last year.

In August 2016, Mumbai-based Joolz raised $500,000 in a pre-Series A funding round led by Powerhouse Ventures and M&S Partners.

Another competitor is Melorra, which raised $5 million from venture capital firm Lightbox Ventures in January this year.