The month of April recorded a fall in the additions of mobile connections in India with GSM operators adding only 11.1 million connections compared to 14.49 million in March and February 2011, according to latest data from Cellular Operators' Association India (COAI). 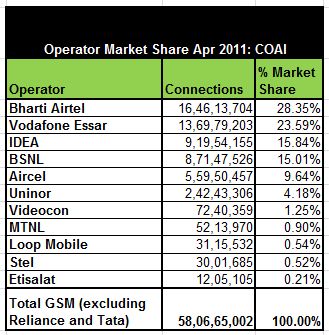 Data from Tata Teleservices and Reliance Communications is not incorporated by COAI.