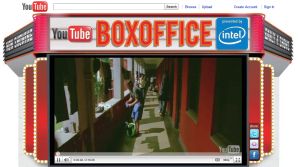 Following Google's announcement in May that it would add over 3,000 mainstream movies for users to rent on Youtube, the company has now launched the Youtube Box Office channel in India.

Youtube Box Office will pick a box office hit and show one per month. Users of the video sharing site can login and stream the movie for free. The channel has been viewed 257 times and has 117 subscribers.

Youtube has signed on various content partners such as production houses in India to offer these movies and it will monetise the viewership of the channel on a revenue share basis with them. One such content partner is Yash Raj Films. Yash Raj Films released Band Baaja Baaraat earlier this year and the movie is currently being shown on the Youtube channel.

Youtube has said the channel will also offer its library of 1,500 titles including regional language films on an ongoing basis. However we were unable to view other movies.

According to Economic Times, Gautam Anand, Director Content Partnerships for YouTube Japan-APAC said, "We wish to create a destination for users which is easily discoverable and also help our content partners get more viewers for their premium content. With over 48 hours of content being uploaded on YouTube every minute, this is our attempt to curate premium and exclusive content which our users enjoy. This initiative also opens up a new window of opportunities for marketers to utilize the platform and engage the YouTube community".

Intel has also been roped in as a partner for this new initiative.

Globally, Youtube has a channel called YouTube Screening Room, which it describes as a platform for top films from around the world to find the audiences they deserve. It was launched in April, 2008 and has 61,812 subscribers.