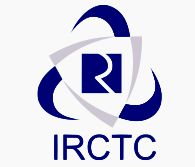 After facing numerous consumer complaints on its railway reservation site IRCTC.co.in on unavailability of Tatkal tickets within minutes of the quota being opened and the website being overloaded, the IRCTC (Indian Railway Catering and Tourism Corporation) has finally taken action. It has taken various steps to cut down on the spurious black marketing and online malpractices affecting IRCTC.co.in, which is the country's largest online travel booking website.

IRCTC has blocked over 4.6 lakh fraudulent user IDs since March, 2011, according to The Times of India.

It has also set up more rules to verify customers and restrict bookings by a single user to two per day.