The top 200 Indian information technology companies logged combined revenues of $84 billion (Rs 384,250 crore) to achieve an average growth rate of 25 per cent in 2010-11, the highest in the last four years, according to an annual research by Cybermedia"s Dataquest magazine.

The number six slot went to the Indian subsidiary of global tech behemoth IBM while No. 7 and No. 8 slots went to HCL Technologies and hardware-led HCL Infosystems. Mahindra Satyam took the 17th slot - making a re-entry to the top twenty after two years.

Significant leadership changes have taken place at the senior levels in nearly one-third of the Top 200 IT companies. 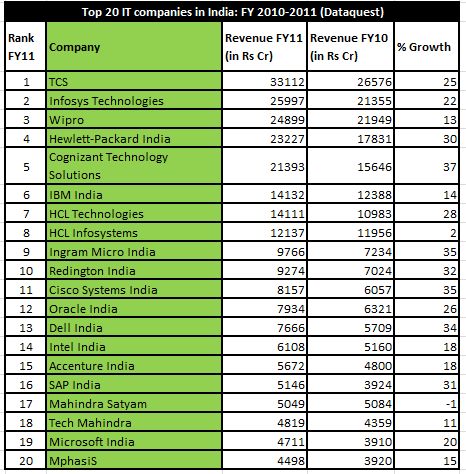