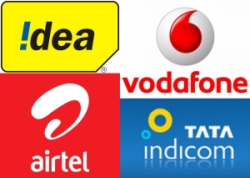 Worldwide mobile connections will reach the 5.6 billion mark in 2011, an increase of 11 per cent from 5 billion connections in 2010. It will continue to grow through 2015 and is expected to reach 7.4 billion in that period.

"Mobile data traffic will increase significantly as more people will have access to mobile data networks since there is a migration toward smartphones and an increase in sales of media tablets," said Jessica Ekholm, principal research analyst at Gartner. "Mobile data volumes will continue to grow as mobile data networks become faster and more ubiquitous, while at the same time the number of data users and data usage per user is expected to grow."

According to Gartner, there will be four major mobile data traffic drivers- growth in the number of mobile connections; increasing availability of higher-speed data-centric mobile networks; smartphones; and data-consuming content and applications.

Additionally, the growing number of mobile connections will lead to higher demands on communication service provider's (CSP's) data networks as more people will access the networks to use mobile data and to send SMS's.

This could lead to the CSPs providing more flexible and more personalized data plans, which should help capture a larger mobile data user base. The CSPs have already started upgrading their networks by offering faster download and upload speeds to consumers in order to improve the general perception of data quality and in the process increase the data uptake.

In addition to the total number of connections growing, the mobile data usage per connection will also increase during the same period. Also, there will be a shift in the mobile user's perception of mobile data plans since they will change from being a luxury to being considered a nice-to-have service and will finally be considered a necessity.

"Data revenue will continue to grow but at a much slower rate," said Ekholm. "This is causing a decoupling between revenue and data traffic and it is also creating an increase in network costs for carriers as they try to sustain growing data traffic."

Ekholm believes that carriers will have to focus on increasing the level of clarity and the transparency of their mobile data contracts in order to make the majority of customers feel more at ease in using data services. Offering clients various ways of being able to track and monitor their data usage would help carriers receive a larger amount of revenue from more profitable lower-usage, medium-pay users.