We Have Not Marketed The Internet Medium Well In India: Subho Ray, President, IAMAI 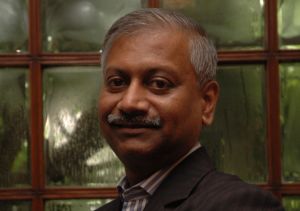 Internet and Mobile Association of India (IAMAI) is an industry body founded in January 2004 which represents various members of India's internet and telecommunications ecosystem, such as online publishers, e-commerce firms, mobile marketing agencies, content and services businesses, large OEMs, handset manufacturers and network companies. IAMAI lobbies with the government and is also involved in growing the internet and mobile ecosystem in the country. In conversation with Techcircle.in, Subho Ray, President, IAMAI talks about how the body has been scaling up, the recent modifications to the IT Act and offers his expert comments on the country's lagging internet uptake and challenges faced by e-commerce entrepreneurs.

How has IAMAI been scaling up and what is your agenda for the year?

Our membership has grown from around 14 in 2006 to 110 as of April, 2011. From a close group of large Internet players initially, we are much more broad based and representative of industry. We now aspire to represent the entire gamut of stakeholders in the digital space. The association has a truly democratic structure in all matters: we follow the principle of one member one vote irrespective of the size of the company. We focus on areas including advocacy, consumer awareness and business development for our members and CSR activities. We have grown exponentially in the last five years in all areas of work: advocacy, market research, segment development and industry events.

What are your thoughts on the speed and uptake of internet in India?

We have not marketed the medium well in our country. Unless you are able to convince people about the usefulness of the medium, you will never be able to create the necessary pull for adoption.

There are differing numbers on the size of India's internet base - the government says it's around 12 million connections, Google India says it's 100 million users and IAMAI says it's 65 million users. Why are these numbers different?

The government talks about internet connections not users; Google talks about people who hit their site [probably]. We talk about a real consumer survey. Once the details and methodology are known, people can pick their relevant number. In any case, in the past five years, I have seen most researches on numbers converging. We should be able to talk more on converging internet user numbers once our annual internet in India report is published next month.

How is IAMAI acting as a bridge between the government and industry?

We have an excellent relationship with government agencies that we work with and it helps that none of the sectors we represent are very involved or dependent on the government.

After the recent modifications to the IT Act, what is the current mood of the internet players and what can we expect, going forth?

Some of the rules for section 79 of the IT Act that guarantee safe harbour for all the intermediaries appear to be tricky to comply with. We have made our views on these problem areas to the government clear and expect some movement on this soon.

TRAI issued a directive to operators regarding their activation of value added services without taking the permission of mobile users, as it had received 672 complaints. How are operators resolving the issue?

A TRAI directive does not leave any option so operators and M-VAS companies have to follow it.

What is your take on the current e-commerce market and challenges faced by entrepreneurs?

All entrepreneurs face challenges and e-commerce entrepreneurs are no different. I think the biggest challenge that they face today is selling the category itself. I, for one, would strongly advise them to collectively create and sell the category highlighting its key virtues in parallel with building their own individual brands.

How will the government's proposed rules for FDI in multi-brand retail affect e-commerce in India?

Most importantly, it will encourage iconic names like Amazon to set up shop in India. This in turn will mean international best practices in terms brands, scale, efficiency and customer service. Of course, there will be some buy-outs, burn-outs and stand outs! However, we would not overestimate the importance of FDI in multi-brand retail in jumpstarting the e-commerce industry in India. E-commerce so far has grown on local steam and that is going to continue; secondly, FDI itself is not a sufficient cause for international brands to set shop in India.