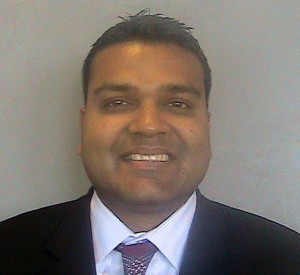 Aggarwal was a senior Internet and software analyst at Caris & Company, a San Francisco-based, research-driven boutique investment bank. Clues Network was incorporated earlier this year and will be headquartered in Gurgaon. It also has an office in Vadodara, Gujarat, where it employs six-seven people.

"I have recently taken a plunge into entrepreneurship. We have already built robust, scalable technologies and platform, and will be launching our site in India in the coming months," said Sandeep Aggarwal, CEO and founder of Clues Network. The start-up is in the e-commerce retail domain, he told Techcircle.in.

Clues Network has already raised an angel round of funding from a cluster of serial entrepreneurs and early employees of some of the top Internet companies. However, Aggarwal did not share any further information on the deal and investors, adding that the firm is in stealth mode.

The Clues Network team includes top-level employees from eBay, Nordstrom, Oracle and e-commerce start-ups based in the Silicon Valley. The firm's vice-president (Engineering) previously worked with a Silicon Valley firm in a similar position while the head of products was the global head of product management at eBay, taking care of the merchant tools and solutions for PayPal.

Aggarwal was the keynote speaker at VCCircle's second edition of the E-Commerce Forum held in February, where he discussed overall Internet trends and the outlook in India. He also moderated a panel with the CEOs of three of the top six largest OTAs in India (Yatra, Via and Travelocity).