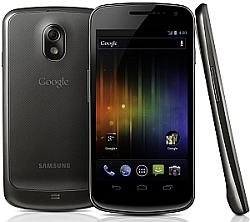 After months of promising and beating around the bush, Samsung has finally confirmed that it will not launch the Galaxy Nexus smartphone in India, not now, not ever. What's even worse is that the company did not even bother to release an official statement confirming the decision; it just casually did it on Twitter and that too as a reply to a tweet (you can see the tweet below).

The company first unveiled the Galaxy Nexus smartphone back in October 19, 2011. The device was the second mobile phone made by Samsung in direct collaboration with Google (the first being the Samsung Nexus S) and it was also the first mobile phone to run on Google's Android 4.0 Ice Cream Sandwich (ICS) operating system (at least at the time). Read here for detailed specifications of the device.

At the time, the company had declared that the smartphone will be first made available in the US and Europe, followed by Asia and other markets. The company then said that the mobile phone will be launched in India in January this year, which got further delayed to March. Then March came and went but there was no sign of the handset, and now out of the blue the company says that it won't release the smartphone in the country at all. And to top it all, even now the company has a dedicated page for the smartphone that still reads 'Coming soon' for India.

Well, there actually is one (though we feel it's just bad market strategy). Here's why-

For those looking for a decent sized powerful smartphone, there was Galaxy S II (4.3 inch screen) while for people looking to experience a powerful large screen device, there was the Galaxy Note (5.3 inch screen). And since both these devices were faring well in India, the company might have feared that the 4.65 inch Galaxy Nexus might eat into the sales of the existing smartphones in which the firm had already poured in large marketing weight.

So the company has decided to not launch Nexus and instead focus on bringing the so-called 'next big thing'- the Galaxy S III in India (which by the way is being launched later tonight, so keep track of this space for more on that).

Although if you are a real Samsung fan and want to get a hand on Nexus you can still buy it from other markets, and we are not ruling out the possibility of its availability in the grey market.

So why is it a big deal?

It is so because unlike Galaxy S II and Note, the phone was made in direct collaboration with Google (even Galaxy S III won't have that). What this means is that the mobile phone would always be the first device to get Android software updates from Google. And why is this important- it's because S II and Note had to wait for more than half a year to get the ICS update, and there is a very good possibility that the same scenario will be repeated with S III when Google finally launches Jelly Bean, which is the next version of Android OS.

This aside, what's the point of making a revolutionary device (that is what the company claims), when it never reaches the customers in the world's second most populous country with growing number of affluent buyers?

Leave your comments below.