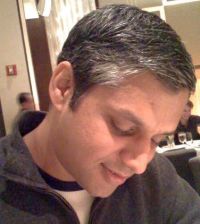 Sab Kanaujia has quit his position as president, entertainment services, at Verismo Networks and GM, Mela, with immediate effect. In a rare public disclosure by a corporate executive on the reason for the exit, Kanaujia attributed his decision to a disagreement with Prakash Bhalerao, CEO of Verismo Networks (and also the majority owner of the company), on the strategy and direction for Mela, an online Bollywood service to stream new movies in international markets simultaneously with their India release.

"The main reason for my move is the disagreement with Prakash Bhalerao, on the right strategy and direction for Mela. While the board of Verismo agreed with me on several aspects, board members were unwilling to confront Bhalerao. There were a lot of Verismo legacy issues as well and they made it very difficult to provide the right focus to Mela, which I launched as a new consumer business within Verismo in October 2011," wrote Kanaujia in his personal blog post. He also claims that the company was not very sure about the right business model, the right content mix and the right platform strategy.

According to Kanaujia, he has presented the Verismo board a proposal to spin out Mela as an independent entity, controlled by the management team.

"My excitement about solving the global distribution problem for premium South Asian entertainment content remains intact. If we cannot find an agreement, I will launch a new company. I am discussing several options with some exciting potential strategic partners and we have some really interesting ideas on how to capitalise on this opportunity," wrote Kanaujia.

The Silicon Valley startup Verismo Networks, which also runs a research and design centre in Bangalore, had first raised an angel round of funding worth $2.5 million back in 2006. In November 2010, it closed another $17 million of funding, led by Intel Capital, the corporate venture capital arm of chipmaker Intel Corporation. In August 2011, the company took over Digital Entertainment Corporation of India (DECI), a holding company run by Kanaujia, for an undisclosed amount. DECI was incorporated as Verismo's new entertainment services unit and was headed by Kanaujia.

Prior to setting up DECI in January 2010, Kanaujia was vice-president (digital product strategy and development) at NBC Universal, based in the New York headquarters. At NBC Universal, he handled digital product strategy and development across all digital businesses including nbc.com, iVillage.com, scifi.com, bravotv.com, nbcsports.com, usanetworks.com and accesshollywood.com. He had also served as director at AOL and American Industrial Acquisition Corp.