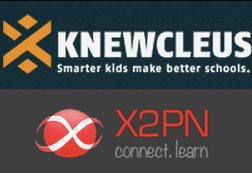 Education management software provider Knewcleus, owned and operated by Bangalore-based Netcracker Online Services Pvt Ltd, has acquired learning solutions startup X2PN in an equity-swap deal, but the details of the deal were not disclosed.

The deal took place late last month and Knewcleus acquired all technology assets of the startup as part of the deal. Yourstory.in first reported the development and mentioned that all the employees of X2PN would be retained. However, Praveen Krishnaiah, co-founder of Knewcleus, clarified that the company had only acquired the technology of X2PN.

Post-acquisition, X2PN will be merged with Knewcleus and going forward, it will cease to exist as a separate entity. According to Krishnaiah, the merger will be completed by the end of May 2013.

"We saw a clear synergy between the two companies and hence, decided on the acquisition, which will help us enter the mobile space. X2PN's learning application Dr. Infinity, which will be launched by June 30 this year (after modification by Knewcleus) on the Android and iOS platforms, will be the first step towards the same," said Krishnaiah.

X2PN is a Bangalore-based startup, providing learning solutions. It was founded by Sandeep Nanu (director), along with three other co-founders, in 2012. The startup uses gaming and social media features to make learning fun and engaging. Its products and platforms are relevant for individuals, students, parents, as well as schools and corporate houses.

Knewcleus was started in November 2010 by Krishnaiah and Jayashankar Balaraman. The company's education management software identifies (with support from teachers) the topics that a student is struggling with and offers remedial content available on the web. As of now, Knewcleus caters to 30 schools in Bangalore, Delhi and Ahmedabad. Apart from Bangalore, it has an office in Delhi and has tied up with a company for its Nigeria operations (to be launched later this year).