After unveiling the devices in the previous months, Samsung has finally launched Galaxy S4 Zoom and Galaxy S4 Mini in the Indian market. While S4 Mini is a compact version of its bestselling smartphone Galaxy S4, the other one (S4 Zoom) combines the Galaxy S4 smartphone with advanced photographic capabilities. The devices have been priced at Rs 27,900 and Rs 29,900 for S4 Mini and S4 Zoom, respectively. With the launch of these devices, Samsung now has a range of 14 smartphones in its product portfolio, priced between Rs 5240 and Rs 40,300.

Here is a quick look at the specifications of the devices. 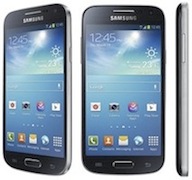 The smartphone has a 4.3-inch qHD Super AMOLED touchscreen display (540Ã—960 pixels resolution), and runs on the latest Android 4.2.2 (Jelly Bean) operating system with Samsung's TouchWiz UI interface. It is powered by a 1.7 GHz dual-core processor and has 1.5 GB of RAM. The internal memory of the device is 8GB that can be expanded up to 64 GB with a microSD slot.

The smaller brother of Galaxy S4 has an 8 mega pixel autofocus rear camera with LED Flash that can record full high definition videos (1080p) at 30 frames per second and a 1.9 MP front-facing camera for video calls. On the connectivity front, the device has Infrared, Bluetooth 4.0, Wi-Fi (with Wi-Fi direct), Near Field Communication (in the LTE version only), 3G and 4G (depending on the region). It also comes with a micro USB port and a microSD card slot. The device has a 1,900 mAh battery and comes with GPS (with A-GPS support).

Galaxy S4 Mini measures 124.6mm x 61.3mm x 8.94mm and weighs 108 gm. It will be available in white frost and black mist colours. Check out the detailed specifications of the device here.

As an introductory offer, users who will purchase the device with a Reliance connection will get 2 GB of 3G data free per month for three months from the telecom operator. 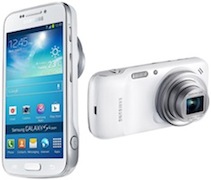 This smartphone has a 4.3 inch qHD Super AMOLED capacitive touchscreen display (960Ã—540 pixel resolution) with 256 pixels per inch density and runs on the Android 4.2 Jelly Bean operating system with Touchwiz UI. It is powered by a 1.5 GHz dual core processor, has 1.5 GB RAM and comes with 8 GB internal storage (only 5GB is available to the user), which can be expanded up to 64 GB with a microSD card.

The device sports a 16 megapixel autofocus rear camera with Xenon Flash that can record full high definition videos (1080p) at 30 frames per second and a 1.9 MP front-facing camera for video calling. The rear camera comes with 10x optical zoom, which is pretty nice for a smartphone. Furthermore, the built-in Optical Image Stabilizer (OIS) helps keep the camera perfectly still even when you are not, reducing blur and stabilising the image while zoomed in.

The smartphone also comes with Zoom Ring, a simple way to access Galaxy S4 Zoom's key features. It can be used for capturing and sharing pictures via MMS while the user is attending a phone call. Additionally, Zoom Ring changes camera zoom controls by replacing traditional dials and buttons with easy-to-operate digital controls for the optical zoom. On the connectivity front, the device has Bluetooth 4.0, Wi-Fi, 3G and 4G (depending on the region) and a microSD card slot. It has a 2,330 mAh battery and comes with GPS with A-GPS support and Near Field Communication (NFC). The dimensions of the device are 125.5mm x 63.5mm x 15.4mm and its weight is 208 gm. Read about the detailed specifications of the device here.

The device is available in white and black colours and similar to S4 Mini, Reliance subscribers will get 2 GB of 3G Data free per month for three months. The company is also providing a free flip cover with the device. While S4 Mini is a traditional smartphone in every sense, we feel S4 Zoom will only attract photography enthusiasts, considering its thickness, weight and shape. At 15.4mm thickness and 208 gm of weight, it is 72 per cent thicker and 92 per cent heavier than S4 Mini.