Just last week, Chinese handset manufacturer Gionee had launched the Elife S5.5 in the Indian smartphone market for Rs 22,999. The company has now added yet another device to its Elife portfolio in the form of Elife E7 mini, which was unveiled along with big brother Elife E7 in December 2013. While the company has not officially launched the device in the country, it is currently available on a number of e-commerce stores.

Snapdeal.com is selling the smartphone for Rs 19,500, but you can also get your hands on it for as low as Rs 18,900 on eBay.in. At the launch event of Elife S5.5, Gionee claimed that it had sold over a million smartphones in India within a year of entering the country. Globally, it had shipped 24 million smartphones in 2013, and is now planning to increase this number to 35 million this year.

In addition, iBall has also launched an upgraded version of its previously introduced Slide 3G 7271-HD7 tablet. While the company has launched it for Rs 8,299, you can purchase it for Rs 7,799 on Infibeam.com. Here is a look at the specifications of the devices. 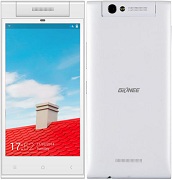 The smartphone sports a 4.7 inch HD capacitive touchscreen display (720x1280 pixel resolution) and runs on the Android 4.2.2 Jelly Bean that is wrapped under the company's own Amigo 2.0 operating system. It is powered by a 1.7 GHz Mediatek MT6592 octa-core processor and has 1GB of RAM. The internal memory of the device is 16GB, but further memory expansion is not available.

On the camera front, instead of providing two cameras (front and rear), Gionee has provided a single 13MP autofocus camera with LED flash that can also record full HD videos (1080p) at 30 frames per second. The camera comes with a swivel function that enables users to rotate it in order to capture pictures / videos (via the rear of the smartphone), as well as high quality selfies.

In terms of connectivity options, the smartphone has Bluetooth 4.0, Wi-Fi, 3G, as well as a microUSB port. It also comes with Near Field Communication (NFC), FM Radio, and GPS (with A-GPS support). The dimensions of the device are 139.8 mm x 66.2 mm x 8.6 mm and its weight is 142.9 gm. The company has provided a 2,200 mAh battery in the device, which will be available in black and white colours.

This one has a 7 inch capacitive touchscreen display (1024x600 pixel resolution) and runs on the Android 4.2 Jelly Bean operating system. It is powered by a 1.3 GHz ARM Cortex A7 dual-core processor and has 1GB of RAM. The internal memory of the device is 8GB (approximately 2GB used for OS and application files), which can be further expanded up to 32GB with a microSD card.

On the camera front, the tablet has a 2MP rear shooter with LED flash that can also record videos, and a front facing VGA camera. In terms of connectivity options, the tablet has Bluetooth, Wi-Fi, 3G, as well as a microUSB port and a microSD card slot. It also comes with dual-SIM support, FM Radio, and GPS (with A-GPS support). The company has provided a 3,000 mAh battery in the tablet, which will be available in silver colour.

All in all, apart from a few specification changes, there is not much of a difference between iBall Slide 3G 7271-HD70 and its predecessor. And at Rs 7,799 the tablet is nothing to write home about.