California-headquartered NatureBox Inc, the company behind the online snacks retailer NatureBox, has secured $18 million in Series B round of funding led by Canaan Partners. This round also saw participations from existing investors General Catalyst Partners and Softbank Capital. The firm, which essentially target the US market, will use the capital to build its consumer brand.

NatureBox was founded in 2011 by Indian-origin entrepreneur Gautam Gupta (CEO) and Kenneth Chen (CMO). Prior to co-founding NatureBox, Gupta was a principal at General Catalyst Partners. Before that he worked at Procter and Gamble and SinglePoint. Gupta holds a BS degree in Business Administration from Babson College (US), with a concentration in Entrepreneurial Studies.

His partner Chen had earlier founded W Media and Apartment Analytics. Prior to that, he had worked at JP Morgan Chase & Co.

NatureBox is a subscription e-commerce startup, providing snacks at customers' doorstep. It claims that all its products are nutritionist-approved and are created by local growers and independent food producers. 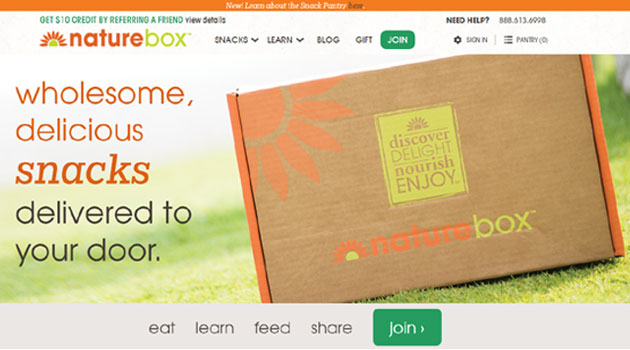 The company creates its own line of products and intends to build a multi-channel and multi-category brand in the food industry. Its products include lemon pucker pistachios, Bombay curried cashews, dark cocoa almonds, garden tomato crunchies, blueberry almond bites and dried pears. A deluxe NatureBox with five full-sized bags of snacks is priced at $19.95 per month. The firm claims that its customer base grows 50-100 per cent per month.