NDTV Ethnic Retail Ltd, a subsidiary of media group NDTV that owns and operates ethnic wear-focused e-commerce ventureIndianroots, is looking to raise external funding after its proposed Rs 10 crore fundraise from Rathi Strategic Ventures announced last year did not materialise, as per a stock market disclosure.

In September 2013, two subsidiaries of the company sold some shares of NDTV Ethnic Retail to Rathi Strategic Ventures. The firm said this deal was worth Rs 10 crore.

"The aforesaid consideration has not been materialised as envisaged in the agreement with the investor. Subsequent to the year end, following the investor's inability to pay the agreed consideration, the two subsidiaries have initiated steps to settle the transaction, and have made a provision for the unrealised consideration of Rs 10 crore in their respective books of account," it said.

Rathi Strategic Ventures is a Rathi Group company that invests in education and retail sector (as per its website). It offers capital as well as mentoring to early stage ventures.

"Talks are on for a private placement at very attractive valuations," NDTV said on Friday.

It is not immediately clear if the deal with Rathi is completely off or it is renegotiating with the proposed investor. We have contacted the firm for details, and will update the story as and when we hear from them. 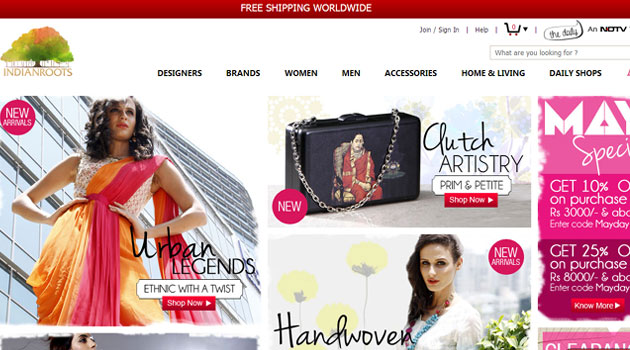 The firm also said its board has mandated the management to explore means of unlocking sum of parts shareholder value through various methods, including restructuring or private placement in NDTV Convergence Limited and/or other subsidiaries. NDTV Convergence houses the business which seeks to exploit the synergies between television, internet and mobile and owns the website ndtv.com.

Indianroots' revenues for the quarter ended March 31, 2014 rose 40 per cent to Rs 3.5 crore from Rs 2.31 crore the previous quarter ended December 31, 2013. For the full year it ended with revenue of Rs 6.32 crore. The company, however, did not share segment profit/loss for the unit.