In the wake of the recently concluded Lok Sabha Election 2014, micro-blogging site Twitter has come out with some interesting facts and figures that depict how exactly India's 2014 #TwitterElection looked like.

According to the company, this was the country's first Twitter election, since candidates, journalists and citizens alike used the Twitter platform extensively to discover elections content, converse with others in real time, and express their views. Candidates for office also used the platform to break (and unbreak) news, answer questions, post selfies, Vine campaign videos, and connect with their constituents.

Here is some of the interesting data shared by the company: 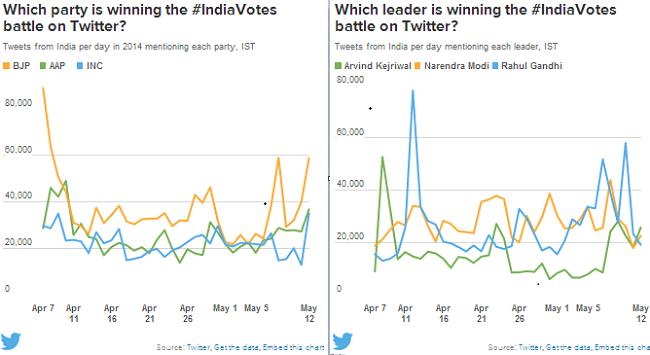 The platform saw more than 56 million election-related Tweets from January 1 this year till May 12, when the polls ended. Each of the poll days saw between 5.4 lakh and 8.2 lakh election-related Tweets. To put this in perspective, in the 2009 elections, there was just a single active politician with 6,000 Twitter followers.

The election also some saw Twitter-first content being posted by leaders cutting across party lines (check out the interesting selfies below). 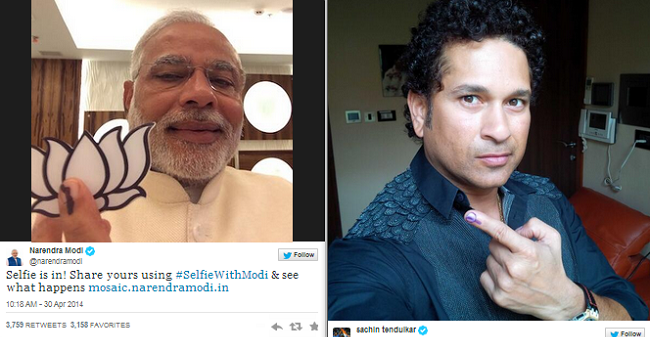 Twitter's data science team analysed the impact Indian Twitter users had on the election, and created a map that displays what millions of elections-related Tweets look like, when time-lapsed for the whole election starting April 7 and ending on May 12. Click here to view. 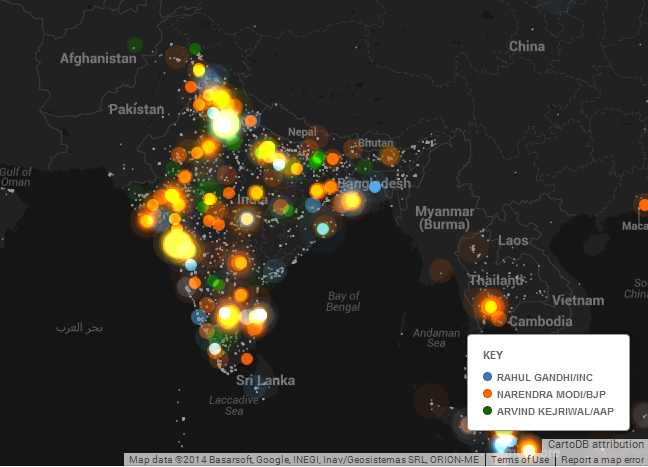 As you already know, the results of the elections are scheduled to arrive tomorrow. On counting day, users can get real-time election results on the platform. These response Tweets will contain an infographic representing the latest party/alliance position.