VentureNursery angels back networking platform for scholars and researchers InvenZone

Founded by Vinay Kumar (CEO), a researcher and a graduate student from IIT Bombay, and Deekshith Marla (CTO), a software engineer, InvenZone aims to make the intellectual knowledge discovery an easy task for scholars and researchers.

With its data mining technologies, it solves complex problems for researchers and saves time in the execution of research. InvenZone uses artificial intelligence in understanding the keyword one is looking for, does the relative weight index for each keyword, and conducts the search into the global database.

The startup claims that it already has indexed 23 million research papers which are over 40 per cent of the total global database. InvenZone, a graduate of VentureNursery, launched its product in beta in IIT Bombay, and is now planning to launch in other top tier universities soon.

"Everything you look or use is a direct output of an activity called research and development and researchers are the key to this. With InvenZone, it is a lot easier to track, understand and disseminate high-end intellectual knowledge," said Vinay Kumar. 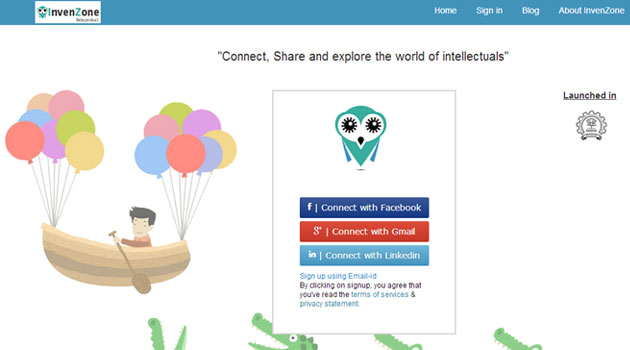 Another player in the space is Gurgaon-based Knimbus Online Pvt Ltd that runs Knimbus, an online community for researchers. Knimbus had last year raised an angel round of more than $500,000 (Rs 3 crore) from a group of six-seven independent angel investors.

"VentureNursery's angels found exceptional talent and the ability to create a world-class product in the founding team. They have the expertise to create leadership in the space," said Apoorv Ranjan Sharma, executive vice president, VentureNursery.

VentureNursery conducts a minimum of two boot camps a year in Mumbai, and targets to accommodate up to eight startups in each programme. At the end of each programme, successfully graduating startups are evaluated for investment. The accelerator is currently focusing on six sectors â€“ media & entertainment, retail, e-commerce, consumer technology, education and cleantech.