Oravel.com, an online short-stay accommodation portal owned & operated by Delhi-based Oravel Stays Pvt Ltd, has shut shop, a source with direct knowledge of the matter told Techcircle.in. The domain name Oravel.com is now defunct, and upon clicking the link, it goes to a blank page.

"Oravel was started with an aim of helping apartment owners and budget hotels to sell their inventory online. However, the company was not able to pick up or get substantial transactions," said the source on the condition of anonymity.

According to this source, Oravel also tried replicating AirBnB in India after it received angel funding in October 2012, but it didn't work out either. This forced the promoters to tweak the business model and launch OYO.

We have contacted Oravel's founder and CEO Ritesh Agarwal for more details, and will update the story as and when we hear from him. 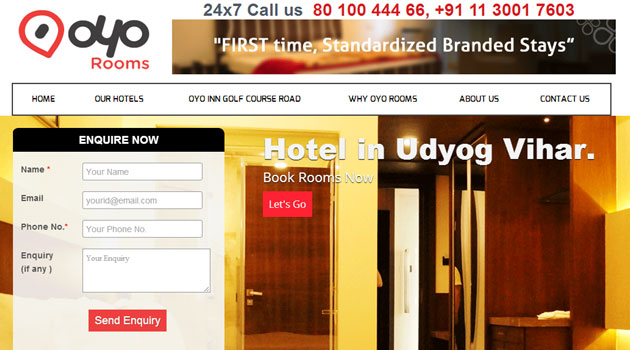 Founded by Agarwal when he was just 17, Oravel used to be a marketplace for boutique guest homes, inns, bed and breakfasts, serviced apartments, holiday rental and palaces, with more than 3,000 listings. The firm aggregated bed-and-breakfast establishments, private rooms and serviced apartments for short and mid-term rental. The startup was incubated at VentureNursery, an angel-backed startup accelerator, in 2012. In October 2012, Oravel received an undisclosed amount in seed funding from a consortium of investors, including VentureNursery. Oravel mainly competed with Stayzilla.com, an online accommodation marketplace.

OYO is a chain of branded budget rooms with standardisation of experience. These rooms or hotels are not owned by the company, hence an asset light model. Currently, the service is available only in Gurgaon, where it has partnered with over a dozen hotels. OYO recently secured $650,000 (Rs 4 crore) in funding from DSG Consumer Partners and Lightspeed Venture Partners.