Chennai- and US-based Freshdesk Inc, a provider of SaaS-based customer support platform for enterprises, has secured $31 million in a Series D round of funding led by existing investor Tiger Global Management. The round also saw participation from another existing investor Accel Partners and new investor Google Capital. This brings the total fundraising by Freshdsesk to $44 million.

"We will use the capital to ramp up our international sales and marketing. A portion of the funding will also go towards the R&D," Freshdesk's co-founder and CEO Girish Mathrubootham told Techcircle.in.

He said the company is looking for aggressive growth in the 120 markets it is currently present in. "We have just opened an office in San Francisco. We are also looking to open offices in the UK and Australia."

The development was first reported by Techcrunch.

Freshdesk was founded in 2010 by Mathrubootham and Shan Krishnasamy (CTO). Mathrubootham holds an MBA from the University of Madras and worked at Zoho Corporation prior to setting up Freshsedk. At Zoho, he met his co-founder who was working as a technical architect at that time. Krishnasamy is an engineering graduate from Thanthai Periyar Government Institute of Technology, Vellore. 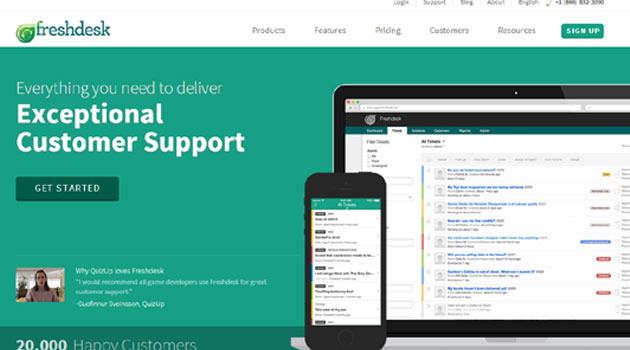 Freshdesk is a cloud-based customer support platform, which aims to make it easy for brands to talk to their customers and for users to get in touch with businesses. It was started to provide email and website integration customer support, and later launched phone-based Twitter and Facebook support as well. Freshdesk claims it helps over 20,000 businesses and organisations around the world to offer personal support to their customers. It counts firms like MakeMyTrip, Pearson, Stanford School of Medicine and Toshiba amongst its clientele.

The company has 200 employees globally.

In November last year, the firm had secured $6.99 million in a Series C round of funding from Accel Partners and Tiger Global. According to a VentureWire report, this fundraising valued Freshdesk at more than $50 million. In April 2012,Freshdesk had secured $5 million in Series B round from the same investors. This was preceded by a $1 million funding from Accel Partners in December 2011.

Freshdesk is mainly competing with California-headquartered Zendesk Inc, which recently filed for an initial public offering (IPO) to raise up to $150 million.