Chinese handset maker Oppo has further expanded its smartphone range in the country with the launch of Find 7. It runs on ColorOS, which is basically a customised Android operating system fully developed by the company. First unveiled back in March, the smartphone has been priced at Rs 37,990 and will be available for purchase in India next month.

Other smartphones offered by the company include Oppo N1, Find 5 mini, Neo, Oppo Joy, Yoyo and the R1. In addition, home grown smartphone and tablet manufacturer XOLO has also launched its first tablet offering running on the Windows 8.1 operating system. Christened 'Win', the device has been priced at Rs 19,990 and is available for purchase on e-commerce site Flipkart.com.

The smartphone sports a 5.5 inch Quad HD IPS LCD capacitive touchscreen display (1440x2560 pixels resolution) with 534 ppi pixel density (amazing!) and runs on the Android 4.3 Jelly Bean OS. It is powered by a 2.5GHz quad-core Qualcomm Snapdragon 801 processor and has 3GB of RAM. The internal memory of the device is 32GB that can be further expanded up to 128GB with a microSD card.

On the connectivity front, the smartphone has Bluetooth, Wi-Fi, 3G and 4G LTE (depending on the region), as well as a microUSB port and a microSD card slot. It also has GPS (with A-GPS support) and Near Field Communication (NFC). The dimensions of the device are 152.6mm x 75mm x 9.2mm and its weight is 171 grams. The company has provided a 3,000 mAh battery in the device, which will be available in black and white colours.

According to the company, the device comes with the new VOOC charger that will allow users to charge its battery to up to 75 per cent in a matter of 30 minutes. 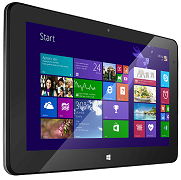 Showcased at CES 2014 earlier this year, this one has a 10.1 inch HD LED touchscreen display (1366x768 pixels resolution) and runs on the Windows 8.1 operating system. It is powered by a 1 GHz dual core AMD Temash A4-1200 processor and has 2GB of RAM. The internal memory of the device is 32GB that can be further expanded with a miniSD card.

It has a 2MP rear camera, as well as a 1MP HD front facing webcam for video calling. On the connectivity front, the device has Bluetooth, Wi-Fi, but no 3G. It also comes with a microUSB port, a microHDMI port and a miniSD card slot. The dimensions of the device are 266mm x 167.8mm x 12mm and its weight is 750 gm. The company has provided a 3,550 battery in the device that it claims will provide up to six hours of battery life. The company further claims that the tablet can be fully charged in just three hours.

Since it's a Windows tablet, it comes preloaded with Microsoft Office Home and Student. What this means is whether you are using Word, Excel, PowerPoint, or OneNote, Office web apps will ensure your documents are always synced and ready to view or edit. Additional pre-loaded apps from Windows include Skype and OneDrive, among others.