Catamaran Ventures partnering Amazon for e-com business; but why? 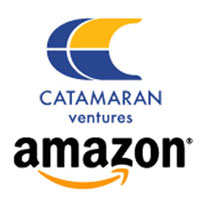 As per the report, Amazon and Catamaran are planning a JV for the back-end operations, and have structured it in a way that the new entity does not fall under the ambit (foreign direct investment) of FDI restrictions. Catamaran will hold a majority 51 per cent stake in the new entity.

"Catamaran is partnering with Amazon Asia to offer services that help offline sellers and SMBs in India to get online and to take advantage of the fast-growing online customer base in the country," Narayanswamy told the business daily.

The nature of the agreement is puzzling given that Amazon is already present with its wholly owned marketplace on which other vendors sell to consumers with Amazon also coming in as a logistics partner to deliver some of the products sold on the site.

This is in conformity with the existing regulations which ban foreign e-tailers from selling directly to consumers in the country, in effect through an inventory-based e-commerce business model.

Catamaran's venture with Amazon could be triggered by the anticipation that if the government does open e-commerce to FDI, it would keep a balance and cap the foreign investment at 49 per cent.

This may allow Amazon to sell products directly to the consumers but then it would need to bring in a local partner or allot shares representing 51 per cent of the company to its employees through stock options.

To begin with the 51:49 JV between Catamaran and Amazon may be a shell venture, given that Amazon doesn't need external money from to build its business in India, that too from a pure financial investor.

We have tried contacting Narayanswamy for more clarity on the development and will update the story as we hear from him.

The country's top consumer e-com firm Flipkart has openly opposed the proposed move to allow FDI in e-commerce as it feels it will only benefit one company, referring to Amazon without naming it specifically. Check our recent report for more on why Flipkart is against FDI in the sector despite scooping over $700 million from venture capital firms.