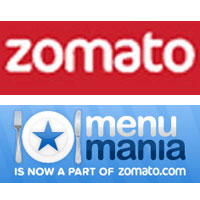 This is Zomato's first acquisition globally. Post the acquisition, the MenuMania site will eventually be rebranded as Zomato.co.nz to maintain a single identity.

"We look forward to working closely with them to leverage their local expertise. Together, Zomato and MenuMania will be the largest resource of restaurant information in New Zealand, and I am sure both our users will love the integrated product once it rolls out over the next few weeks," said Deepinder Goyal, founder and CEO of Zomato.

MenuMania was founded in 2006 by Cristian Rosescu, who was later joined by his wife Karen Gibson. The platform enables people to discover local eateries. Users can also rate restaurants and write reviews. MenuMania is also available on iOS platform. It is headquartered in Auckland.

"We will be able to combine our local knowledge about the market, with the technology Zomato brings to the table. It will also deliver greater value to local restaurant businesses, as all the users in New Zealand will have access to their information on a common platform now," said Rosescu.

Zomato was founded in 2008 by IIT Delhi alumni and ex-Bain employees Goyal and Pankaj Chaddah. The company is present in 14 countries, including India, the UK, the UAE, South Africa, New Zealand, Philippines, Portugal, Brazil, Turkey, Indonesia, Sri Lanka and Qatar. The firm launched its services in Auckland and Wellington in July last year, and extended its services to Hamilton in December 2013.

An online and mobile restaurant discovery service, Zomato provides information such as menus, directions, contact details, pictures and user reviews for over 232,900 restaurants. The services are available on the web, and on mobile for iOS, Android, Windows Phone and Blackberry platforms. Zomato claims that it is currently seeing over 20 million monthly visits globally, across its web and mobile platforms. The company has raised $53.5 million in funding to date, the most recent one being $37 million that it had raised from Sequoia Capital and existing investor Info Edge, which runs a slew of consumer internet portals, including Naukri.com. According to Techcircle.in estimates, Sequoia Capital picked around 17.2 per cent stake as part of the latest investment, giving Zomato a post-money valuation of around Rs 1,000 crore or around $158 million.

"MenuMania will be a big boost for Zomato's relatively new business in New Zealand. Combined, we will be able to offer our users a large number of reviews and menus, all in one place. We are also expecting our team to more than treble from the current size in the next six months," said Sahil Ludhani, country manager, Zomato New Zealand.