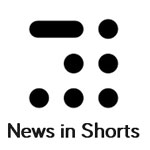 Delhi-based ADA News in Shorts Pvt Ltd, owner of News in Shorts (NIS), a mobile-based service that aggregates news stories from across the globe and provides their essence within 60 words, has raised an undisclosed amount in seed funding from Times Internet Ltd, with participations from Sachin and Binny Bansal, co-founders of e-commerce major Flipkart.com, besides serial entrepreneurs Ankush Nijhawan, Gaurav Bhatnagar and Manish Dhingra. The company would use the funds mainly for marketing, product improvement and expansion, NIS co-founder Azhar Iqubal told Techcircle.in.

The startup was founded in August 2013 by Deepit Purkayastha, an IIT Kharagpur dropout, along with Iqubal and Anunay Arunav (both IIT Delhi dropouts). Its app NIS picks news stories from across categories, edits them and provides the essence of those stories within 60 words each. Users can also pick news stories from categories such as national, business, sports, technology, entertainment and miscellaneous. They can also read the full coverage by clicking on the link of the source provided at the end of each story.

Unlike other mobile-based news startups like Summly, which was sold to Yahoo for $30 million early this year, NIS manually edits and summarises new stories to make sure that the reader gets the most relevant and interesting content. The company has formed a separate team of editors (mostly college students) for the same.

"Everyone is short of time in today's fast-paced world. No one wants to spent half-an-hour daily in reading news. We are solving this problem. We want to make everyone aware, but value their precious time," Iqubal said.

In an interaction with Techcircle.in in December last year, co-founder Purkayastha had said that the app had seen more than 10,000 downloads in three months of going live, and around 250 downloads per day.

NIS is currently available only on Android, and it will be launched on iOS in August this year. As of now, NIS provides only 30 news stories per day and is looking to increase this number.

NIS was a part of TLabs' Fall 2013 batch, graduated in November last year. It had received seed funding as part of the incubation programme.

"I am a user of the product and it saves a lot of my time every day. NIS has the opportunity to redefine the future of news consumption via mobile," Flipkart.com co-founder Sachin said.