Just last week, Lava's sub-brand XOLO had launched 8X-1000, its first smartphone to be powered by 'HIVE' user interface, which is built on Android operating system and offers a host of new features and enhancements. The device is available for Rs 13,999. The company has now further expanded its range of smartphones in the country with the addition of 8X-1200. Pitched primarily as a gaming smartphone, this one sports a 5 inch display and is priced slightly higher at Rs 19,999.

In addition, home grown hardware manufacturer iBall has also introduced a new device in the Indian smartphone market. Christened Andi 5K Panther, the device is targeted at the budget segment of the market and available for Rs 10,499. 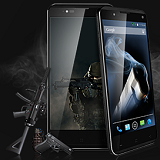 The smartphone sports a 5 inch full HD IPS capacitive touchscreen display (1920Ã—1080 pixels resolution) with 441 ppi pixel density. It runs on the Android 4.4 KitKat operating system, however, this one does not have 'HIVE' user interface that allows users to join in and become a part of the development team. The device is powered by a 2GHz Octa-core MediaTek MT6592T processor and has 2GB of RAM. The internal memory of the device is 32GB.

On the connectivity front, the device has Bluetooth 4.0, Wi-Fi, 3G as well as a microUSB port. The dimensions of the device are 143mm x 68.5mm x 9.7mm, and it comes with GPS (with A-GPS support) and dual-SIM capability. The company has provided a 2,300 mAh battery in the device, which it claims will provide up to 11.7 hours of talk time, 56 hours of music playback, and 547 hours of standby time. 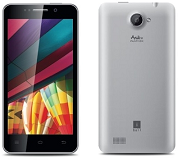 This one has 5 inch qHD IPS capacitive touchscreen display (960x540 pixels resolution) with 220 ppi pixel density, and runs on the Android 4.4.2 KitKat operating system. It is powered by a 1.4GHz Cortex A7 Octa-core processor and has 1GB of RAM. The internal memory of the device is 8GB that can be further expanded up to 32GB with a microSD card.

Andi 5K Panther has an 8 megapixel autofocus rear camera with LED Flash that can also record videos and a 2MP front facing camera for video calling. On the connectivity front, the device has Bluetooth, Wi-Fi (with Wi-Fi Direct), 3G as well as a microSD card slot and a microUSB port.