Intex launches Firefox OS based smartphone Cloud FX for Rs 1,999 in India, is it worth a buy? 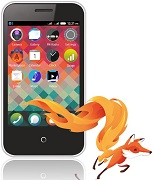 Intex Technologies has launched what the company claims to be the first Indian smartphone running on the Firefox OS. Christened Cloud FX, the device also supports several languages like Hindi and Tamil, apart from English. The smartphone has been priced as low as Rs 1,999 and will be available exclusively on Indian e-commerce major Snapdeal.com (taking a cue from Flipkart are we!).

For those who don't already know, Firefox OS is a new open operating system for smartphones built entirely using HTML5 and other open web standards. According to Mozilla, the OS is free from the rules and restrictions of existing proprietary platforms, hence can deliver the performance, personalisation and price people want in a smartphone with an intuitive and easy-to-use experience.

The smartphone also features a built-in usage monitor that allows users to monitor and control their data usage. However, we cannot overlook the fact that being a Firefox OS smartphone, the number of apps offered will drastically reduce in comparison to other popular operating systems like iOS and Android. In total, it offers close to a thousand apps, while Google Play store currently has a selection of over 1.3 million apps.

"The positive consumer feedback from other markets tells us that people like the user experience and openness we are building with Firefox OS. With the supports from Intex, Firefox OS smartphones in ultra low-cost category will redefine the entry-level segment, which attracts people to transfer from feature phones to smartphones," said Li Gong, president, Mozilla.

On the specifications front, the device has a 3.5 inch HVGA touchscreen display (320x480 pixels resolution) and runs on the Firefox OS. It is powered by a 1.0 GHz processor and has 128MB of RAM. The internal memory of the device is 256MB, which can be further expanded up to 4GB.

Cloud FX sports a 2MP rear camera that can also record videos but no front facing camera. On the connectivity front, it has Bluetooth, Wi-Fi, and a microSD card slot. The smartphone comes with dual-SIM capabilities and has a FM radio. The dimensions of the device are 115.9mm x 62mm x 11.8mm and its weight is 104gm. Intex has provided a 1,250 mAh battery in the device, which it claims will provide up to four hours of talk time and 200 hours of standby time. It will be available in black and white colours.

Indian telecom operator Aircel has also extended an offer for Cloud FX buyers, as part of which Aircel subscribers can avail 500MB of free data per month for three months by simply SMSing 'INTEX' to 121.

With its primary selling point being the Firefox OS, the fact that the company is offering features like Wi-Fi and a 1GHz processor on a sub Rs 2,000 price is also admirable. We feel that first time users looking to migrate from feature phones to smartphones can definitely give this one a try.

According to a report by International Data Corporation (IDC), India's smartphone shipments in the second quarter of 2014 stood at 18.42 million units, recording a year on year growth of over 84 per cent over Q2, 2013. However, the potential for growth in the smartphone market is still quite high as 71 per cent of the market continues to be comprised of feature phones.

If successful, the device can further upset smartphone giant Samsung, whose reign in the country is already threatened by both home grown handset manufacturers like Micromax and Karbonn, as well as Chinese competitors like Xiaomi and Oppo that have recently entered the market. In addition, Spice is also gearing up to launch Fire One Mi-FX 1 that also runs on Firefox OS, but is priced slightly higher at Rs 2,299.