Indian fashion e-commerce site Jabong, a part of Rocket Internet's stable of online ventures, is being merged with four other global fashion related ventures of the group, creating an emerging markets-focused fashion e-commerce firm Global Fashion Group (GFG), as per a public statement.

Since launch in 2011 and 2012, the five e-commerce companies have attracted funding in excess of â‚¬1 billion ($1.31 billion) from Sweden's Kinnevik, Access Industries, Summit Partners, Verlinvest, Ontario Teachers' Pension Plan, Tengelmann besides other investors. 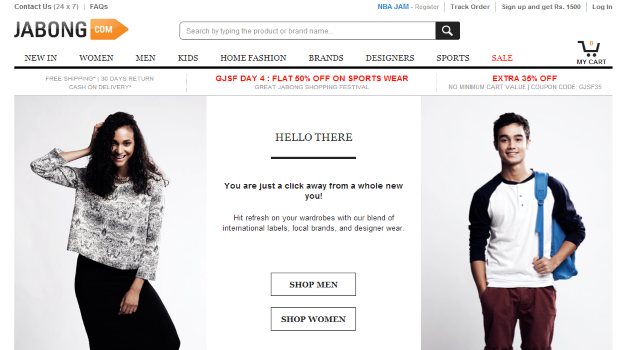 GFG will house multiple business models including full inventory, branded shops and marketplaces tailored to the opportunities within the local markets of the five ventures. It also plans to explore the development of adjacent categories like personal care.

As part of the deal, all the direct and indirect shareholders in the five existing e-commerce companies will contribute their shares into a newly formed Luxembourg-based entity. The three largest shareholders in GFG will be Kinnevik, Rocket Internet and Access Industries, with 25.1 per cent, 23.5 per cent and 7.4 per cent ownership interests, respectively.

The GFG companies will continue to be led by their respective founders and management teams with a few select additions to the leadership team.

The board of GFG will include Lorenzo Grabau, CEO of Kinnevik as chairman, Oliver Samwer, co-founder and CEO of Rocket Internet as deputy chairman and representatives of the other large shareholders.

"By operating as a single entity, Dafiti, Jabong, Lamoda, Namshi and Zalora will be even more effective in expanding their leadership positions in their respective marketplaces," said Grabau.

"GFG will be focused on capturing the massive growth opportunity of fashion e-commerce in emerging markets. Each of the business units will be able to build on the original Rocket platform and continue to leverage knowledge and expertise gained across 23 countries," said Samwer.

Jabong is said to be the second-largest fashion and lifestyle e-tailer in the country, behind Myntra. Myntra was acquired by Flipkart early this year.