Chennai- and US-based eShakti.com Pvt Ltd, the company behind eShakti.com, an online apparel retailer with the US and Canada as sole markets besides an Indian e-com unit under Zapelle, has raised an undisclosed amount in its Series B round of funding from IvyCap Ventures, with participation from existing investor IDG Ventures India.

"Given height and size differences across the population in the US, there is a big need in women's fashion for clothes that fit and fall well. Given this demand, eShakti is planning to use the funds to accelerate its growth," said BG Krishnan, founder and CEO of eShakti.

"We have a great team in India and in the US already, and we will bring in talent at all levels in the coming months to accomplish the major growth planned in a culture of excellence and growth," he added.

Founded in 1999 by Krishnan, eShakti began as a website offering basic cottons and modestly embellished pieces. Today, it is a design company that focuses on made-to-measure and made-by-design mainstream fashion clothing for women of all shapes and sizes.  eShakti does not stock any sizes, and each style is cut to order.

The firm's design teams are based in New York, London and India. The clothing is made in India in its own factories and other local factories. Operationally, it is present in Delhi and Chennai, and its subsidiary has an office in New York and a customer service facility near Seattle. 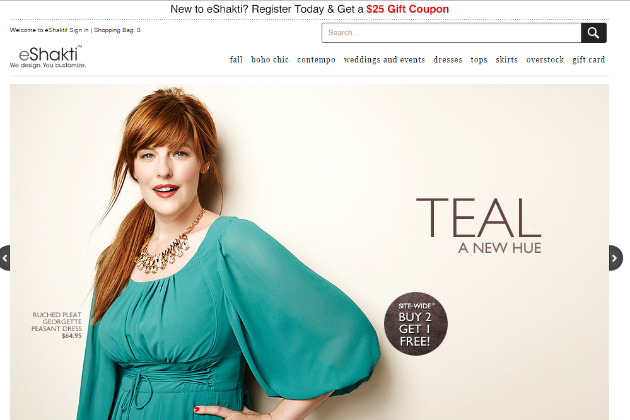 "eShakti has built capability in delivering highly-customised apparel at competitive prices by using a blend of technology, design and manufacturing process optimisation, which we believe is unparalleled," said Vikram Gupta, founder and managing partner of IvyCap Ventures.

"eShakti has grown nearly 10x in the past three years since its Series A investment by IDG and is poised to build on its leadership position, innovation in technology, customer delight to grow another 10x over the next three-four years to create a valuable global brand franchise from India,"  said TC Meenakshisundaram, MD, IDG Ventures India.

The VC firm had originally invested around $3 million in eShakti in 2011 and later put in $1 million more a year later.