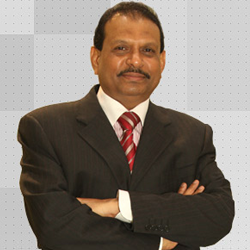 NRI businessman MA Yousuf Ali has announced a Rs 2 crore ($330,000) seed fund for startups in Kerala. The announcement was made at the inaugural YES (Young Entrepreneurs Summit) Kerala Summit 2014, concluded recently in Kochi. More details of the fund are yet to be disclosed.

This announcement comes close on the heels of the launch of a Rs 10 crore ($1.6 million) seed fund by the Kerala government's industrial development body, KSIDC. Conceived as an angel fund earlier, the fund will provide financial assistance to early-stage ventures operating in the IT, bio-technology, agriculture, food processing, business innovation and green technology sectors. Select startups will receive a maximum of Rs 25 lakh each.

Ali recently picked up a 4.47 per cent stake in Kerala-based lender Federal Bank from Dubai-based Emirates Financial Services, a subsidiary of Emirates NBD. Pursuant to the transaction, Ali became the single-largest individual shareholder in Federal Bank, which has a strong deposit base of non-resident Indians from Kerala.

Ali is also founder and managing director of EMKE Group which owns Lulu Hypermarket chain in the Middle East.