Panasonic has further expanded its 'Eluga' series of smartphones with the launch of a new device. Christened Eluga S, the smartphone sports a 5 inch display and is being pitted primarily as a selfie device by the company. It will be available for purchase to consumers in India from the third week of this month for Rs 11,190.

Other Eluga smartphones by the company include Eluga U and A that are available for Rs 18,990 and Rs 9,490 respectively.

In addition, Lava's sub-brand XOLO has also introduced a new device in the Indian market. Called Q1020, the highlight of the smartphone is the fact that it comes with a wooden finish at its edges. This one has been priced slightly higher at Rs 11,499. And while the device is currently listed on XOLO's website, details on its availability in the country have not been disclosed by the company.

Both the smartphones run on the Android operating system. Here is a look at the specifications of the devices. 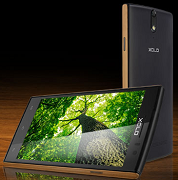 The smartphone has a 5 inch HD IPS capacitive touchscreen display (720Ã—1280 pixels resolution) with 294 ppi pixel density and runs on the Android 4.4 KitKat OS. It is powered by a 1.3 GHz MediaTek MT 6582 quad-core processor and has 1GB of RAM. The internal memory of the device is 8GB that can be further expanded up to 32GB with a microSD card.

The dimensions of the device are 143mm x 71mm x 8.7mm. XOLO has provided a 2,100 mAh battery in the device that it claims will provide over 12.5 hours of talk time and 454 hours of standby time. It also comes with GPS (with A-GPS support) and Dual-SIM capability. It will be available in black and white colours. 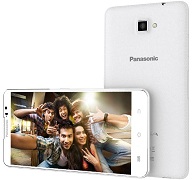 This one also sports a 5 inch HD IPS capacitive touchscreen display (720x1280 pixel resolution) and runs on the Android 4.4.2 OS. It is powered by a 1.4 GHz MediaTek octa-core processor and has 1GB of RAM. The internal memory of the device is 8GB that can be further expanded up to 32GB with a microSD card.

Panasonic Eluga S has an 8MP autofocus rear camera with LED Flash that can also record full HD (1080p) videos at 30 fps. Primarily a selfie smartphone, it also has a 5MP front facing camera that comes with 'Blink Play', a gesture-based feature which enables its users to initiative a three second countdown when they blink their eyes. On the connectivity front, the device has Bluetooth 4.0, Wi-Fi, 3G, as well as a microUSB port and a microSD card slot.

The dimensions of the device are 141 mm x 71 mm x 7.9 mm and its weight is 155 gm. The company has provided a 2,100 mAh battery in the device, which also comes with dual-SIM capability, FM Radio with RDS, and GPS (with A-GPS support). It will be available in white and black colours. Panasonic has also added a number of features in the UI that include Gesture Play, Pop-i Player, and Music cafÃ©, among others.

Apart from competing with each other, in their price range, the smartphones will face off against the likes of Motorola Moto G 2nd generation (Rs 12,999), Micromax Canvas Nitro A310 (Rs 11,414), and Karbonn Titanium Octane (Rs 12,100), among others.