Taking forward our coverage of the ongoing Consumers Electronic Show (CES) 2015 in Las Vegas, we will now talk in detail about the smartphones unveiled by Taiwanese manufacturer of tablets and smartphones HTC. The company has further expanded its Desire range of smartphones with the launch of two new devices. While the first one is the successor of the Desire 310, the other one is primarily a selfie device targeted at selfies enthusiasts.

Although HTC has not disclosed an exact India pricing or availability date for the smartphones, considering its specifications, we feel that Desire 320 will be priced under Rs 15,000 in the country. In comparison, the price of Desire 826 should lie in the Rs 18,000-25,000 price range. 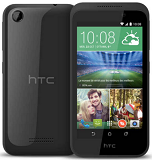 The smartphone sports a 4.5 inch FWVGA capacitive touchscreen display (854x480 pixels resolution) and runs on the Android 4.4.2 KitKat operating system (with HTC Sense). It is powered by a 1.3 GHz quad-core processor and has 1GB of RAM. The internal memory of the device is 8GB that can be further expanded up to 32GB with a microSD card.

Desire 320 has a 5 megapixel fixed focus rear camera that can record full high definition videos (1080p) at 30 frames per second and a front-facing VGA camera for video calling. On the connectivity front, the device has Bluetooth 4.0, Wi-Fi, and 3G, as well as a microSD card slot and a microUSB port.

The dimensions of the device are 132mm x 67.79mm x 10.5mm and its weight is 145 gm. The company has provided a 2,100 mAh battery in the device, which it claims will provide up to 12 hours of talk time and 690 hours of standby time. The smartphone comes with GPS (with A-GPS support), FM Radio, and will be available in white and gray colours.

This one has a slightly bigger 5.5 inch full HD capacitive touchscreen display (1920x1080 pixels resolution) and runs on the Android 5.0 Lollipop operating system (out of the box). It is powered by a 1.7GHz Qualcomm Snapdragon 615 octa-core processor and has 2GB of RAM. The internal memory of the device is 16GB that can be further expanded with a microSD card.

Desire 826 has a 13MP autofocus rear camera (with BSI sensor) with LED Flash that can record full HD videos (1080p) at 30 frames per second, and an UltraPixel front-facing camera (with f 2.2 aperture) that can also record full HD videos. Additional features of the camera include geo-tagging, touch focus, face detection, simultaneous HD video & image recording, and High Dynamic Range (HDR), among others.

On the connectivity front, the device has Bluetooth 4.0, Wi-Fi, 3G, and 4G LTE (depending on the region), as well as a microSD card slot and a microUSB port. The company has provided a 2,600 mAh battery in the device, which also comes with dual-SIM capability and GPS (with A-GPS support). Desire 826 boasts of dual frontal stereo speakers with HTC BoomSound and Dolby Audio enhancement. According to HTC, the smartphone will go on sale later this month in Asia-Pacific region, followed by other markets.

You can also read our detailed coverage of the product launches by ASUS at CES 2015 here.