Private label online fashion store Yepme.com, owned and operated by Gurgaon-headquartered Vas Data Services Pvt. Ltd., is in talks with Japanese telecom and internet firm SoftBank among a few other global investors to raise a large funding round by June this year, a person privy to the development told Techcircle.in.

SoftBank chief Masayoshi Son and vice chairman Nikesh Arora had reportedly met Yepme management among a few others in his recent visit to India. In that visit he had announced as much as $10 billion investment in the tech space in the country over the next decade after announcing big deals in Snapdeal and Olacabs.

This proposed funding at Yepme comes close on the heels of fresh fundraising by the firm where it has just scooped around Rs 80 crore ($13 million) from new investors TCS Capital (not related to IT firm TCS) and JS Capital besides participation of existing backers. The news of this funding round was first broken by Mint.

The company recently roped in Bollywood actor Shahrukh Khan to endorse the brand. It plans to organise much more high-decibel campaigns to stand against its immediate competitors and break out of the pack of peers such as Freecultr and Zovi.

Besides it own site, Yepme products are also sold through other horizontal and fashion vertical e-com ventures such as Flipkart, Amazon, Snapdeal, Jabong and Myntra.

When contacted, Vivek Gaur, CEO of the company, declined to comment on the development. Separate email queries sent to SoftBank, JS Capital, TCS Capital, Helion Venture Partners and Capricorn Investment did not immediately elicit a response. 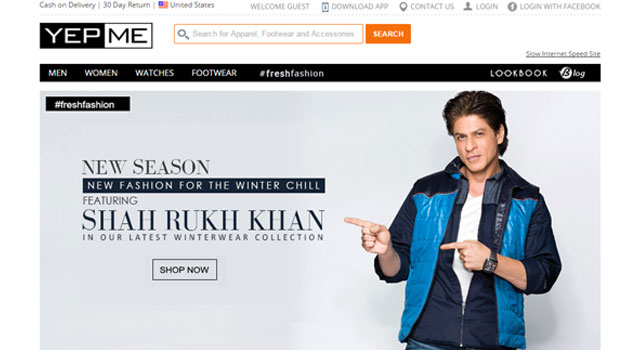 Helion Venture Partners came in as the first institutional investor four years ago and one year later it invested more when Capricorn Investment Group led a fresh infusion of around $12 million into the firm.

While Helion is a prominent venture capital investor in India, Capricorn Investment Group is a private investment firm that manages approximately $4 billion of capital of select group of high-net-worth individuals, including Jeff Skoll, the first employee and former president of eBay and former US vice president Al Gore. It chases investments in energy, agriculture, transportation, healthcare and technology fields.