Founded in 2006 by Frederic Mazzella, an MBA from INSEAD, BlaBlaCar is a community marketplace that connects drivers with empty seats to co-travellers looking for long-distant rides. The company claims that it has over 11 million members across 13 countries, including France, Spain, Italy, the Netherlands, Poland, Portugal, Turkey, and the UK. It further claims that over 2 million members use its platform every month. 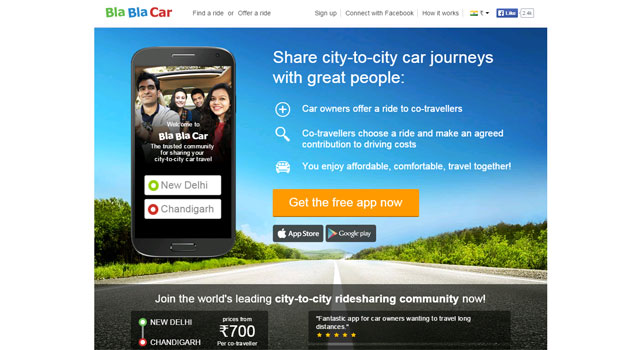 In India, BlaBlaCar will mainly compete with Rocket Internet-backed carpooling firm Tripda, which entered India a couple of months ago. Then there are smaller players like RideInSync, Carpooling.in, and Ridingo. Cubito, another player in this space, recently pivoted to B2B employee transportation management platform mainly due to their inability to achieve scale.