Random Motion Advertising Pvt Ltd, which runs crowdfunding platform Wishberry, has completed its seed funding round worth $650,000 (Rs 4 crore) co-led by Google India's MD Rajan Anandan and iSPIRT's Sharad Sharma. The round also saw participation from 42 other investors including seasoned entrepreneurs such as Deep Kalra of Make My Trip and Amit Ranjan of SlideShare; music composer Shankar Mahadevan; and SEBI board member Mohandas Pai, among others.

The firm had finalised the deal in November last year.

The funds will be used in expanding the team size, marketing, technology enhancement and for building awareness for crowdfunding in India.

"Crowdfunding has immense long-term potential in India, and the Wishberry team has a deep understanding of what it takes to win in India," said Anandan.

The Mumbai-based startup was founded by ex-McKinsey consultants Priyanka Agarwal and Anshulika Dubey in mid-2012. While Priyanka has completed a bachelor of science degree from University of Pennsylvania, Anshulika holds a BA degree from Miranda House, Delhi University. 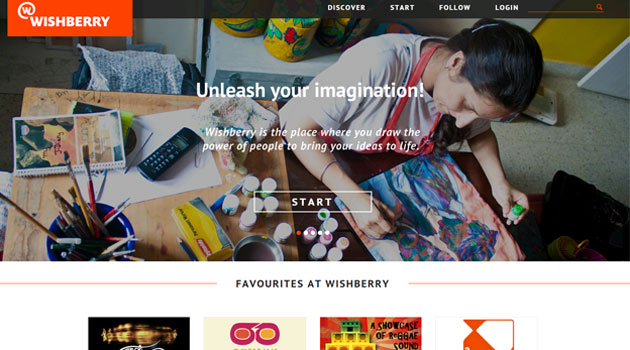 The startup focuses on projects spanning across film, music, arts & design, theatre, food, technology innovations and publishing. However, creative projects have accounted for 70 per cent of funds raised on Wishberry to date, of which music and film alone accounted for 50 per cent. It claims to have a community of over 9,000 funders across more than 50 countries.

It selects projects based on their ability to attract crowdfunding. It assigns a crowdfunding coach to guide the selected campaign creators in creating pitch videos as well as marketing. Once a campaign goes live on Wishberry, the project creator has to reach his/her target amount within 60 days, failing which, all the money is refunded back to the funders—essentially making it an 'all-or-nothing' platform.

Wishberry charges a non-refundable fee of Rs 2,500 for campaign consulting and 10 per cent commission on the funds raised by successful projects. It has worked on projects such as Kothanodi, an Assamese film by Bhaskar Hazarika that raised Rs 22 lakh; and Menstrupedia, a comic book about menstruation that raised Rs 6 lakh and eventually got sponsored by Procter & Gamble.