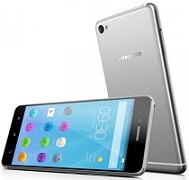 Lenovo has further expanded its 'S' series of smartphones in the Indian market with the launch of a new device. Christened Sisley S90, the smartphone sports a 5 inch display and runs on the Android operating system. However, the highlight of the device is the fact that it is a blatant copy of Apple's latest iPhone 6 offering.

And while it's normal for small regional players to mimic the design of flagship devices from giants like Apple and Samsung, it is altogether a different story when well-known brand like Lenovo does the same. Interestingly, the smartphone has been priced at Rs 19,900 in the country, which is Rs 33,600 cheaper than the starting price of iPhone 6 (Rs 53,500). The device was first unveiled in November last year.

The smartphone sports a 5 inch Super AMOLED HD capacitive touchscreen display (1280x720 pixels resolution) and runs on the Android 4.4 KitKat operating system. It is powered by a 1.2 GHz Qualcomm Snapdragon MSM8916 quad-core processor and has 2GB of RAM. The internal memory of the device is 32GB, but further memory expansion is not available. 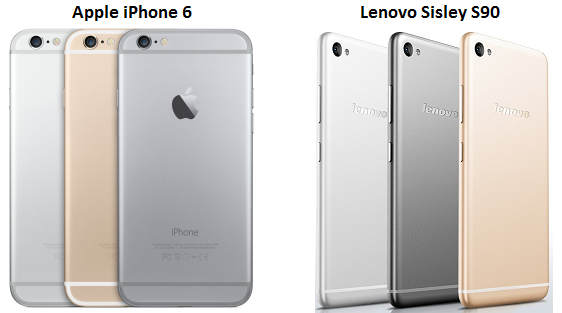 Sisley S90 has a 13 megapixel autofocus rear camera (with PureCel Sensor) with LED flash that can also record full HD videos (1080p) at 30 frames per second. It also has an 8MP fixed focus front-facing camera (with BSI sensor) with LED Flash for video calling. Additional features of the camera include geo-tagging, touch focus, face detection, and High Dynamic Range (HDR), among others. On the connectivity front, the device has Bluetooth 4.0, Wi-Fi, 3G and 4G LTE (depending on the region), as well as a microUSB port.