In September 2014, Newshunt had raised $18 million in its Series B round of funding led by Sequoia Capital.

This will be the second investment of Falcon Edge in India. In December, the hedge fund had participated along with Softbank in the $88 million funding round in Housing.com. 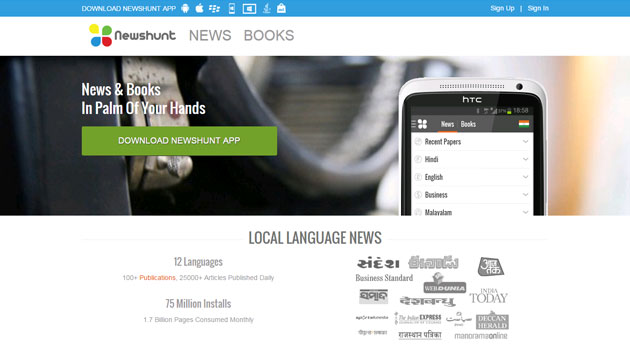 Newshunt is a platform for local language mobile internet users with over 75 million downloads to date, according to a release. It has regional content in over 12 languages and it recently forayed into eBooks with a marketplace for publishers.

The release claimed that over 10 million local language eBooks have been downloaded to date by over 2 million users, 40 per cent of whom are paid users.

Users pay for downloads through Newshunt's proprietary payment platform iPayy that is also used by third party developers for micro-transactions through carrier billing. In the last six months, almost 4 million unique customers have used the iPayy platform for payments, the release said.

The next 500 million mobile internet users that will emerge in India will largely be local language first who will create and consume content and services in local languages, said Viru Gupta, founder and CEO of Newshunt, adding, "Our vision is to be a dominant part of their first internet experience,"