The Bengaluru-headquartered firm is also targeting to add 100,000 sellers on its platform this year and expects to sell 25 million units (products) per month during the same period, people in know of the development told PTI.

"Flipkart has set a target to reach USD 8 billion in GMV in 2015 and add 100,000 sellers on its platform. It also expects to sell about 25 million products per month by the end of this year," they added.

When contacted, a Flipkart spokesperson said: "We will not be able to comment on this information." 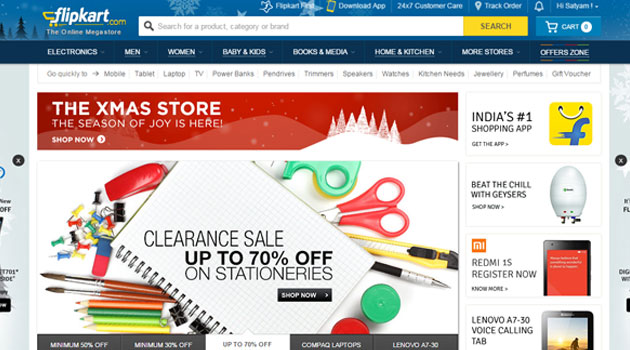 Sources also said that Flipkart has set a target of selling one billion goods on this platform annually by 2017-end.

The firm has been on an expansion spree since last year when it agreed to take 3 million sq ft of prime office space in Bengaluru from realty firm Embassy Group at an annual rent of Rs 300 crore in October 2014.

This is considered the biggest single occupier leased transaction, in terms of space volume, in India.

Flush with funds, the e-commerce firm is now ramping up its infrastructure and adding more sellers to its platform as it prepares to take on domestic rivals like Snapdeal and global ones like Amazon.

In December last year, Flipkart had said it got a cash infusion of USD 700 million. In July 2014, it raised USD 1 billion, the largest by any e-commerce firm in the country. So far it has raised over USD 2 billion in funding.

As per various industry estimates, e-commerce business in India was about USD 6 billion in value in 2012 and is expected to touch around USD 76 billion by 2021.