Bangalore-based Wooplr Technologies Pvt Ltd, which owns and operates a platform enabling hyper-local discovery of products and commerce Wooplr.com, has raised $5 million (Rs 30 crore) from Helion Venture Partners according to a report in The Economic Times, citing a company executive.

The money will be used for team and geographical expansion.

Separate emails sent to the company and Helion did not immediately elicit a  response.

The company was founded in March, 2013 by four former McAfee employees --

Arjun Zacharia (CEO), Praveen Rajaretnam (CMO), Soumen Sarkar (CTO) and Ankit Sabharwal (CPO). While Zacharia has an engineering degree from National Institute of Technology Karnataka, Rajaretnam has done his BE in Electronics and Communications from Anna University. Sarkar did his higher studies from Indian Institute of Management, Indore. 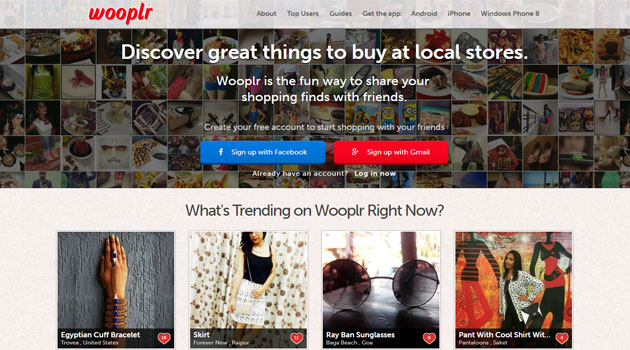 The company's platform seeks to help people shop better based on location, occasion, interests and friends. On the other hand, for businesses, it says, it provides a single point mobile application to manage their marketing, community building and sales.

The details are uploaded by the users on the company's site as to what they bought and where they bought it from. This helps their community friends to discover places and thereafter shop from there.

The company claims to be having 14,000 shops listed on its site so far.