Motorola has finally unveiled the successor to Moto E, its budget smartphone offering. Called Moto E (2nd Gen), the device sports a slightly bigger 4.5 inch display, twice the internal storage, and runs on the latest, unadulterated version of Android. In addition to the 3G variant of the smartphone, the company has also added a 4G LTE model to the mix, which will be available only in select markets.

Launched in May last year, the original Moto E is available for purchase for Rs 6,999 in India.

"There are millions of people that haven't yet joined the smartphone revolution because they either haven't found the right product or they don't want to spend hundreds of hard earned dollars to start the journey. That's why last year we launched Moto E. Now, we're taking Moto E a step further. We're introducing the next generation, packed with more features and functionality to give people around the world even greater access to life's possibilities - without a hefty price tag," read an official Motorola blog post.

Here is an official demo of the smartphone. 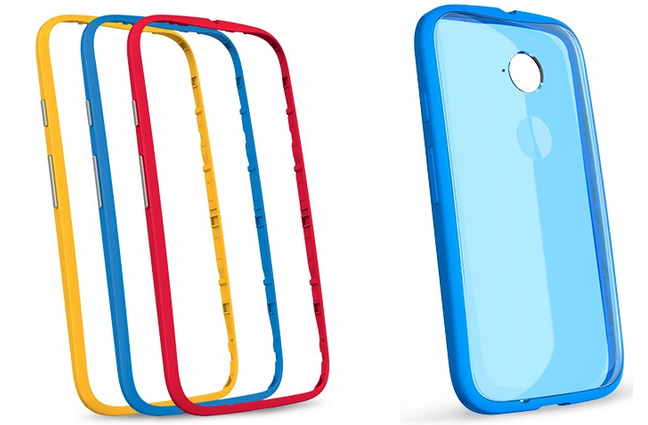 In comparison, the original Moto E has a 4.3-inch display (960Ã—540 pixels resolution) and runs on the Android 4.4 KitKat OS (upgradable to Android 5.0 Lollipop). It packs a 1.2GHz dual-core Snapdragon 200 processor, with 1GB RAM and 4GB internal storage that can be further expanded with a microSD card.

The smartphone sports a 5MP camera on the back, but does not have rear LED flash and front camera. Users can access the internet over 2G, 3G and Wi-Fi networks, while data can be transferred via microUSB port and Bluetooth 4.0. The smartphone has a 1,980 mAh battery and Motorola claims it can last a whole day once fully charged. The company has used a nano-coating that makes the smartphone resistant to splashes, so that it does not get damaged in rain. Moto E is available in black and white colours, and comes with swappable back covers and grip shells.