Bangalore-based Intruo Technologies Pvt Ltd, which owns and operates interior decor site Intruo.com, has raised an undisclosed amount in angel funding from a bunch of angel investors including Ashutosh Lawania, co-founder, Myntra, and Freecharge co-founder Alok Goel, among others. Rajalakshmi Subramanian, co-founder of US-based Pro.com and an unnamed ex-Amazon employee, a senior executive of the company told Techcircle.in.

The funds will be used for product development and marketing.

However, the round, which is expected to see almost 10-15 angel investors, is yet to close. "A number of angels have already committed, and we are expecting to finalise the deal with a few more in the next 10-15 days," said Vishwas Goel, co-founder, Intruo.

The startup was founded in September 2014 by former Google employees Goel and Abhishek Agarwal. Prior to joining Google, Goel was working with Walmart Labs, while Agarwal was an engineering manager at a startup in the US. 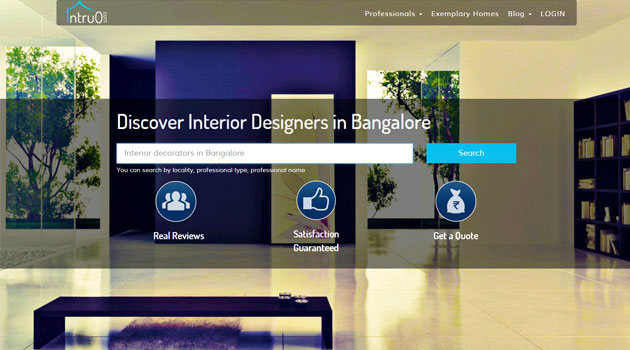 Intruo is a managed marketplace that offers interior decoration to customers. It claims to have over 100 designers on board, and also has an in-house designer. The startup charges its customers for its services and gives a share of the same to the designers.

"The share varies from one vendor to another. While we have designers on board, we take the entire responsibility for the execution of job. Hence, we are managed marketplace and not a lead provider," said Goel.

The size of the orders range between Rs 2-12 lakh per assignment, and on an average, the firm gets around 20 orders a month. According to the company, its monthly revenues has inched up to Rs 1 crore. It also plans to launch its services across top five metros in the country and hit $10 million in revenues before 2015-end.

Intruo is likely to lock horns with city-based Home Interior Designs E-commerce Pvt Ltd, the startup behind Livspace, an online marketplace for personalised home interior design and decor. In December last year, Livspace had raised $4.6 million in its Series A round of funding, co-led by Helion Venture Partners and Bessemer Venture Partners. The round also saw participation from Singapore-based Jungle Ventures, among others.